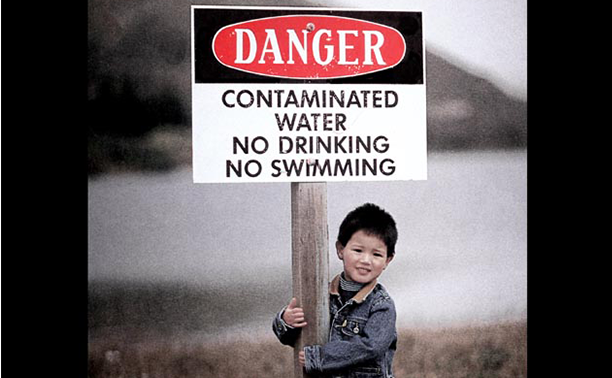 Pesticides may affect all stages of aquatic life

Ecotoxicity tests that are used to understand the impacts of chemical pollutants on aquatic organisms and ecosystems could be improved by including all life stages of the test animals. These are the conclusions of a study by Belgian researchers, who found that the apparent absorption of some pesticides by the dormant eggs of water fleas may have negative effects on the invertebrates’ later survival and reproduction, although the development and hatching of the eggs are not affected.

The water flea Daphnia magna is widely used in scientific testing to help predict the effects of toxins on the aquatic environment. In particular, it is the model organism recommended by OECD guidelines for two ecotoxicity tests – the Daphnia magna Reproduction Test1 and the Daphnia sp. Acute Immobilisation Test2. Both tests use juvenile water fleas, less than 24 hours’ old, and follow them for a specific time period. However, chemical pollutants may also affect dormant stages in Daphnia and other invertebrate species. These effects have not been well studied, but may be important in understanding how pollutants affect aquatic populations and ecological communities more widely.

The researchers focused on D. magna dormant egg banks. Like many invertebrates that live in stagnant water, the water fleas produce dormant eggs, which accumulate in egg banks over successive growing seasons. These dormant egg banks act as a reservoir – they are able to survive unfavourable conditions, such as drought, that the rest of the population may not. But when conditions are favourable, a portion of the eggs will hatch and can recolonise aquatic systems.

The researchers tested whether pesticides can affect the development and hatching of dormant D. Magna eggs, as well as the newly hatched invertebrates. They tested two pesticides, the neurotoxic insecticide carbaryl and the insect growth regulator fenoxycarb, on eggs whose outermost layer had been removed to simulate conditions of maximum exposure as might be found during spring pesticide applications. Carbaryl is no longer registered for use in the EU, but represents a class of carbamate insecticides, and fenoxycarb is widely used in orchards.

According to the researchers, dormant D. Magna eggs are probably better protected against pesticides compared to hatched invertebrates, which may explain their lower sensitivity. The researchers conclude that the delayed effects of both pesticides were the result of chronic exposure to low concentrations reached in the eggs as a result of absorption. These effects could reduce population growth rates and have knock-on effects on ecosystems, such as build up of algae, which D. magna feed on. Fish that feed on the invertebrates could also be affected. Carbaryl and fenoxycarb are suggested to have different effects because they act in different ways.

The researchers argue that ecotoxicity testing that accounts for all life-cycle stages in species like D. magna is important for understanding how pesticides affect aquatic ecosystems and if, or how, these ecosystems can recover from pollution. They also emphasise the importance of considering the exposure route, for example to pesticides adsorbed to sediments.