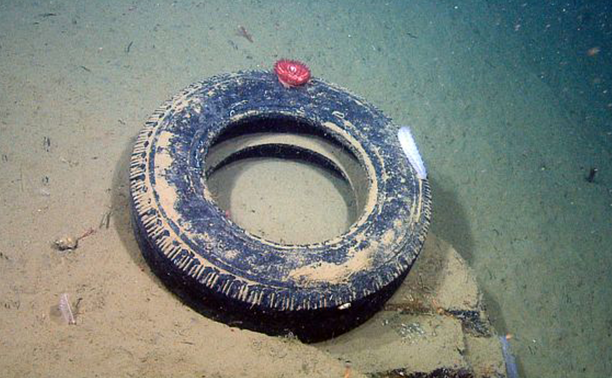 Marine litter is a major issue in deep sea ecosystems in the Mediterranean Sea, new research confirms. A recent study shows that the total weight of litter found in these sensitive areas often equals, and even exceeds, that of the animals that live there. This work can provide a baseline for assessments of the impact of deep sea marine litter and to inform future policy reforms, the researchers suggest.

The Mediterranean coast is home to roughly 7% of the world’s human population, and 30% of shipping traffic. It is also considered a hotspot of marine biodiversity, containing approximately 7.5% of known marine species. However, little biodiversity information is available for the deeper waters of the Mediterranean Basin, one of the largest and most remote ecosystems on Earth.

Littering of deep sea ecosystems began at the end of the 18th century as shipping turned to steam power, and clinker (burnt charcoal waste) was thrown overboard. Since then intense urbanisation and increasing economic activities have meant that marine litter has been accumulating for some time.

In this study, the Mediterranean deep sea floor was sampled at depths of between 900 and 3000m. Marine litter was collected and classified into eight groups, including hard plastics, soft plastics, glass, metal, clinker, fabric, and lost or discarded fishing equipment. The distribution of litter was analysed in relation to depth, geographic area, and natural (e.g. currents and rivers) and manmade (e.g. shipping routes) processes.

The results showed that litter was found in all sampled locations and that lost or discarded fishing nets were common to many samples. The most abundant types of litter were plastic, glass, metal, and clinker. Sampling from shallower sites, closer to the coast, had a higher proportion of plastics. Deeper sites had a higher proportion of heavy litter, such as glass, and were often affected by shipping routes.

Sampled litter weight was frequently equivalent to the total biomass of deep sea animals recovered at each site, and in some cases higher within the same sample, indicating that marine litter is a major issue in the deep Mediterranean Sea.

The authors suggest that the data generated could be used as a baseline for building a more detailed picture of the distribution and impact of marine litter on European seas, contributing to the Marine Strategy Framework Directive1 and United Nations Environment Programme‘s Global Marine Litter Initiative2.

To inform future policy reforms and to assess the economic impact of marine litter, future work studying the potential effects of marine litter on habitats and ecosystems found in the deep sea landscape—such as canyons and seamounts—will be needed.