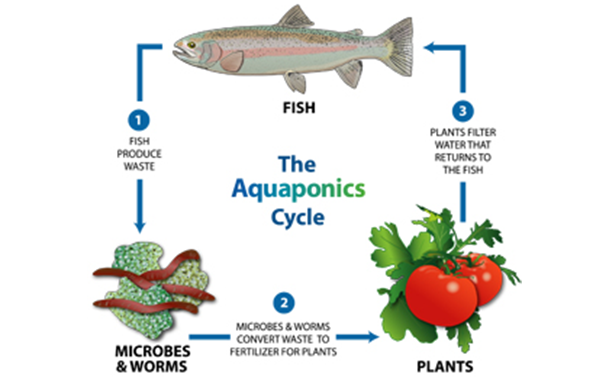 Rik Kretzinger grew up on a Christmas tree farm and spent his college years studying horticulture, but he found it too difficult to make a living as a small farmer so he spent most of his career working for others.
A few years ago, he began to tinker with aquaponics (fishfarming + hydroponics), sensors and the open-source microcontroller Arduino to create an automated garden that could compete with commercial farms.

For the first couple of years he spent thousands of hours struggling to learn programming languages to automate his backyard mini-farm. Then while speaking at an international conference (along with Eric Maundu and Rob Torcellini, he’s among the elite few experimenting with aquaponics and automation) he was introduced to APDuino(open-source firmware for aqua- and hydro-ponics).

APDuino allows Kretzinger to read the sensors in his garden without any programming. Now Kretzinger’s garden can send him tweets or Facebook updates if something is going wrong and Kretzinger can adjust the water flow, pH and temperature from a smartphone.

Now, what started as a hobby may provide Kretzinger with the boost to compete as a small farmer. His plan is to keep it urban (or suburban). He’ll use unused backyards or vacant lots to grow his produce and he’s created a prototype tower (PVC structures similar to those in our videos of Rob Torcellini’s greenhouse and of rooftop hydroponics on Manhattan restaurant Bell, Book & Candle).

His towers can be removed and taken to farmer’s markets where customers can “pick” their strawberries or lettuce directly from the units. His set-up is also highly mobile so if a property owner decides he wants his land back, Kretzinger can move within a week.