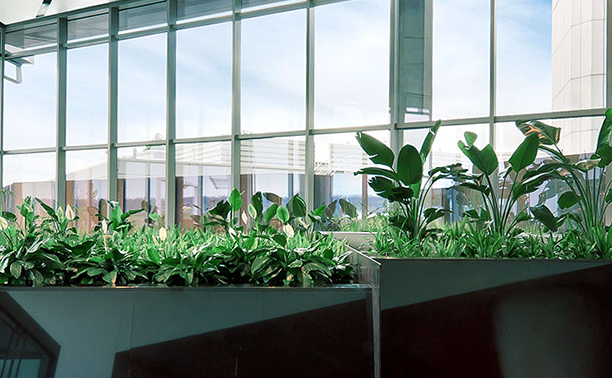 One of the most innovative cyclical sewage systems to have appeared, and which might help reverse the depletion caused by linear systems, are Dr John Todd’s Living Machines, the inspiration for which came from a farm in central Java, where soil fertility had been steadily increasing for hundreds of years.

Upon entering the farm, water was intentionally polluted by the livestock barns and then the household latrines. The solids were first ‘digested’ by a few fish, whose sole function was to provide primary waste treatment. The nutrient-laden sewage was aerated and exposed to light by passing over a low waterfall, then used to irrigate and fertilize vegetables before flowing into a system that requires pure water – a small hatchery for baby fish.

Here the young fish began the enrichment cycle again, slightly fertilizing the water with their wastes. This triggered the growth of algae and microscopic animals that helped feed the young fish. These highly enriched grow-out ponds then fertilized the rice paddies that were just downstream. The rapidly growing rice used up the nutrients and purified the water before releasing it again to a community pond in the basin below.

Similarly, by passing contaminated effluent through a series of tanks, populated with a variety of bacteria, algae, plants and fish, Living Machines not only provide clean drinking water, but also generate fertilizers and maintain a miniature eco-system in perpetuity. No chemicals are required and some of the systems even double up as miniature fish farms. With a higher degree of biodiversity than the conventional filtration achieved by a reed bed, the Living Machine treats a much wider range of toxic effluents, transforming toxic pollution into a beneficial resource.

The machines are capable of treating sewage from anything between one and ten thousand households, with one in Vermont handling 80,000 gallons per day. Over 80 ecological waste treatment project have been completed worldwide, including municipalities, community developments, agricultural industries, food processors, breweries and cosmetic manufacturers.