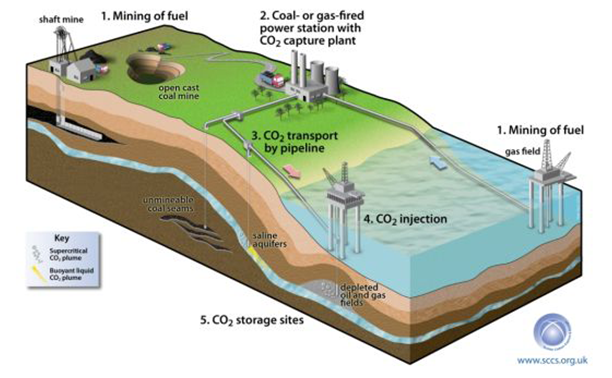 A new report is questioning the coal industry’s claim that the fuel is a key component in the fight to reduce energy poverty worldwide, and is also expressing doubt about the viability of clean coal technologies.

A 21-page analysis by Goldman Sachs Group Inc. explores what analysts are calling the “thermal coal paradox.” Low prices, authors say, don’t necessarily lead to new demand, and coal may not be the solution to Third World power needs.

“As electrification rates increase in Southeast Asia and Sub-Saharan Africa, we believe thermal coal will clearly play a role in the battle on energy poverty, with India in particular as the key driver of seaborne demand growth,” the report says.

“However,” it adds, “the outlook for thermal coal demand remains challenged by structural headwinds. The countries most affected by energy poverty also happen to be the most vulnerable to the expected impact of climate change on crop yields, food security and poverty.”

In a December forecast, the International Energy Agency said demand for coal would grow at an average rate of 2.3 percent per year through 2018. Coal, forecasters say, will very much continue to be a cornerstone of the world’s energy landscape.

However, the report says that demand in China, the world’s top coal consumer, has passed its peak for imports. Goldman Sachs analysts cited efforts in that country to reduce emissions and coal use.

“In practice, we believe that coal demand will grow at a modest rate and prices will remain near the level of marginal production costs,” the report says.

“Rather than enjoying a broadbased increase in coal-fired generation,” the report adds, “we believe that future demand growth will be increasingly concentrated in just a handful of countries: India, Korea, Taiwan and Japan.”

Exports have become central to the growth of many U.S. mining companies, with several looking to increase export capacity to reach Asian markets. The report predicts a slight drop in U.S. thermal coal exports, a figure that doesn’t count coal for steel production.

The report says, “Putting aside the debottlenecking and optimization of existing capacity, we believe that new investment in large scale projects requiring new infrastructure is unlikely to earn a return as the window for profitable investment in new mining and infrastructure capacity has closed.”

Still, many coal boosters see the export issue as a competition between countries. With coal expected to remain an important fuel source, they want U.S. mines to be the supply of choice.

“Increasing exports, including coal, will lead to economic growth and more jobs,” said Wyoming Gov. Matt Mead (R) in a statement announcing a trip to proposed export facilities in the Pacific Northwest.

Echoing the coal industry’s arguments against EPA’s rulemaking, the report says the EPA rule “would act as a significant disincentive for new projects.”

Citing ongoing challenges with commercializing CCS, the report says, “the potential for coal to become a clean energy source via technological innovation is looking ever more remote.”

The report concludes, “This hostile environment reinforces the thermal coal paradox whereby low prices do not lead to new demand.”