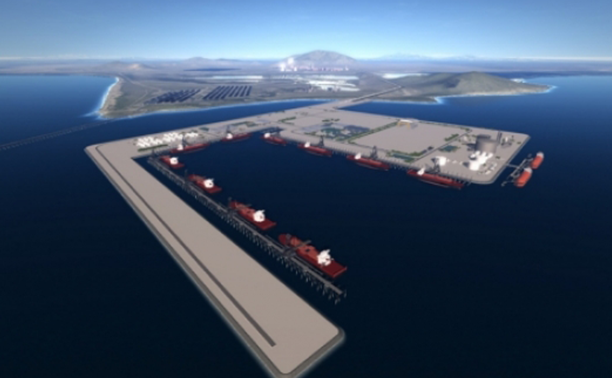 At HSBC Holdings AGM in London on Friday, the company was asked about HSBC’s willingness to match Deutsche Bank’s commitment not to fund the Abbot Point port expansion adjacent to the Great Barrier Reef.

In response, Chief Executive Officer Stuart Gulliver said it was “extraordinarily unlikely it would go near it.”

HSBC has been one of the top 20 global financiers of the coal mining industry over the 2005-2013 period, coming in at #15 with over €2,500 million of loans and equity underwritings. This analysis was undertaken by Banktrack in their November 2013 Report “Banking on Coal”.

Tim Buckley, Director of Energy Resource Studies Australasia at the Institute for Energy Economics and Financial Analysis (IEEFA) says that “gaining financial close for any of these Galilee coal projects is becoming rapidly more elusive.”

“HSBC is a global leader in the commercial banking world. So following on from Deutsche Bank’s sector leading stance, the international finance community will be wide awake to the second commitment of this type in days.

“There is an increasingly long line of global investment heavyweights making it as clear as day that there are real reputational risks with respect to operating near the Great Barrier Reef,” he said.

“As we have been saying for some time, global financial institutions are increasingly wary about taking any part whatsoever in financing additional greenfield Abbot Point coal export terminals and their misgivings are well founded.

IEEFA’s analysis shows these investment proposals are commercially unviable and will remain stranded for the foreseeable future given the near 50% decline in the coal price since 2011. The thermal coal industry has moved into structural decline through continued oversupply and rapidly slowing demand growth thanks to renewables.

“The fact that both HSBC and Deutsche Bank have said they won’t take part because of the risk to the Reef shows that the location of the Abbot Point coal port in a World Heritage Listed area is yet another major financial risk to the viability of these projects,” Mr Buckley said.

Copies of recent relevant reports on GVK, Adani and coal prices in India can be found at the IEEFA website http://www.ieefa.org/category/reports/.