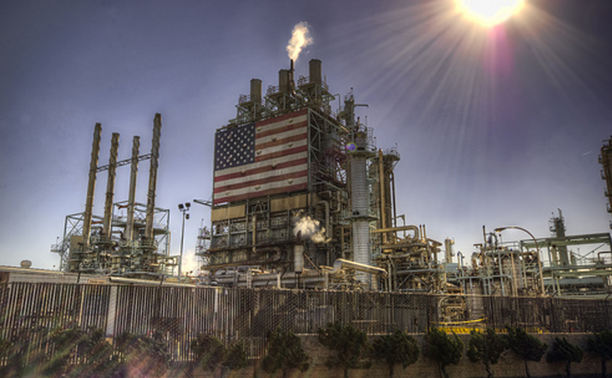 As renewables lag in North America, oil and natural gas are surging ahead in exploration, production, equity and investment.

According to the Energy Department, fracking and horizontal drilling have crowned the U.S. as the world’s biggest combined producer of oil and gas, dethroning Russia and Saudi Arabia.

Fossil fuels companies sold shares last year worth more than 14 times as much as even the record $2.9 billion in equity raised by American clean energy outfits.

And though the U.S. continues to generate record amounts of renewable energy, its combined solar and wind capacity growth shrank from a 30 percent increase in 2012 to a 9 percent increase last year. Investments in renewables dipped 5 percent in North American in 2013 — to $56 billion, the lowest in three years — as the continent’s oil and gas companies spent more than three times that amount on exploration and production.

Meanwhile, though, China still burns the most coal. The country’s solar capacity has surpassed that of the U.S., bumping up against only Germany.

“There’s a not very appealing scenario where we in the next decade feel very content with what is happening with shale gas in North America, while other countries, particularly the Chinese, are building up leading technology in renewables,” said Wal van Lierop, CEO of Chrysalix Energy Venture Capital in Vancouver, British Columbia. “And suddenly, in the early 2020s, we in North America may realize that they own the technologies of the future” (Isaac Arnsdorf, Bloomberg, May 29).