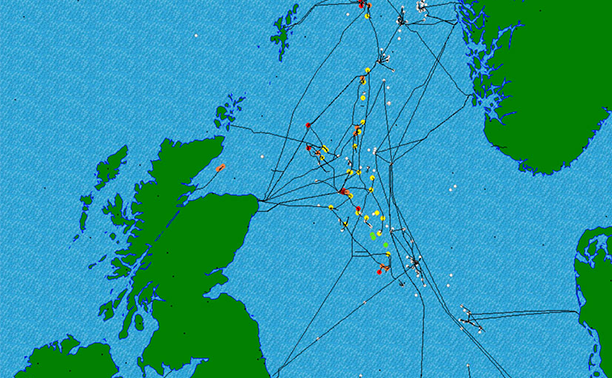 The British economy could receive a potential £200 billion boost over the next 20 years, through the recovery of an additional 3-4 billion barrels of North Sea oil and gas, according to a report commissioned by the UK Government published today.

Government using the security of its pooled resources, will be able to fast-track all the recommendations of Sir Ian Wood’s ground-breaking review on maximising recovery from the UK Continental Shelf.

The UK government offers the strongest basis to unlock the investment needed to achieve the objective Sir Ian outlines of maximising economic production. This will involve improving the efficiency with which the industry operates, increasing production of oil and gas by one third, and boosting jobs in an industry that already employs 450,000. Whilst short-term prospects are good, with investment at record levels of £14 billion, the UK Continental Shelf faces unprecedented challenges.

Production has fallen by 40% in the last 3 years, and the efficiency with which oil and gas is produced has fallen to 60%, costing the economy £6 billion.

The UK is reliant for North Sea oil and gas for more than half of total oil and gas used, and will continue to need around 70% of gas in the energy mix out to 2030.

The size of the UK, with its large tax and consumer base, will allow Government to realise the additional economic prize set out by Sir Ian Wood.

Energy and Climate Change Secretary Edward Davey announced the changes in Scotland, where he also visited Peterhead with Deputy Prime Minister Nick Clegg, to sign a multi-million pound deal with Shell to develop the next stage of their Carbon Capture and Storage (CCS) project on a gas-fired power station – a world first in low-carbon projects.

Energy and Climate Change Secretary Ed Davey said: “Britain will still need large amounts of oil and gas, even as we cut our carbon emissions over the coming decades. So with recent large falls in North Sea production, I commissioned this report from Sir Ian Wood to see how we can reduce the oil and gas we would otherwise import by boosting UK offshore production.

“I fully back Sir Ian Wood’s recommendations and we will start implementing them immediately.”

The fiscal regime introduced by the government will lead to greater investment in the North Sea – the decommissioning relief certainty, introduced in October 2013, alone is worth upwards of £20bn. An independent Scotland would have to commit around £3,800 per head – over ten times more than when costs are spread across the UK – to match this.