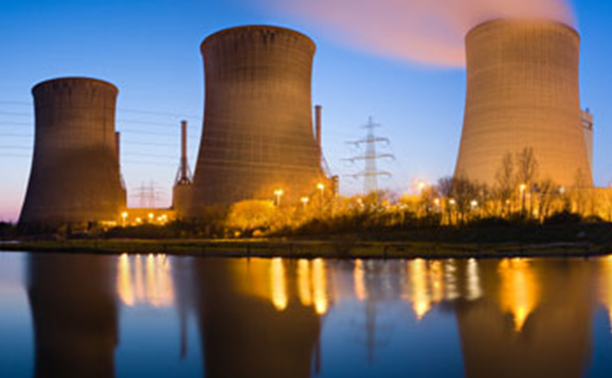 Increases in global energy requirements could lead to a rise in the energy sector’s water footprint of up to 66% in the next 20 years, new research suggests. As part of a sustainable future, any energy mix must enable a reduction in greenhouse gas (GHG) emissions. However, some renewable sources, such as biofuels and large-scale hydropower, have large water footprints, a factor which must also be considered in energy policies, the researchers say.
Globally, average energy demand is expected to rise from 81.2 gigajoules (GJ) per person in 2012, to 96 GJ in 2035, which, incorporating population growth, will increase energy demand by 40% over the next 20 years. Concern over the negative impact of GHG emissions from fossil fuel combustion has focused attention on replacing these sources of energy with renewable, non-carbon alternatives. However, while all forms of energy generation require water, total demand varies significantly between energy sources. As the energy sector expands, this water demand must be taken into account to ensure best use of limited resources.
In the US, for example, it has been estimated that the energy sector is likely to account for 85% of the projected increase in domestic water consumption between 2005 and 2030, but this will depend on the energy mix used. For example, biofuels require 37-42 m3 of water to produce one gigajoule of energy, and large hydropower systems need 22 m3/GJ, (mainly as a result of water loss due to evaporation from reservoirs). However, the water footprint of coal-powered energy generation is between 0.15–0.58 m3/GJ and wind power is as low as 0.0001 m3/GJ.
This study estimated the amount of freshwater needed to produce energy on a global scale for the period 2012-2035, based on five energy mix scenarios presented in the US Energy Information Administration’s (EIA) International Energy Outlook1. The researchers used life cycle analysis and established water footprints to measure the volume of water consumed in energy production for each scenario. They included 10 different energy technologies, including fossil fuels and a range of renewables, such as biofuels, hydroelectric, solar and wind sources.
The results reveal that, over the next 20 years, the water footprint of the global energy sector could increase by a minimum of 37% and by a maximum of 66%. The minimum estimate was based on the EIA’s ‘LOP scenario’, which assumes lower oil prices and, consequently, a lower share of water-intensive renewable sources in the energy mix relative to the ‘HOP scenario’. The HOP scenario, on which the maximum estimate was based, assumes higher oil prices.
The large water footprint (between 55%-66% higher than the 2012 water footprint) under the HOP scenario is expected as a result of an increase in the use of renewable energy sources, such as biofuels and large-scale hydropower, in response to high oil prices. These results suggest that increasing the share of such water-intensive renewables could exacerbate water shortages, the researchers say, potentially threatening our ability to meet future energy demands.
1. www.eia.gov/forecasts/ieo/
Source: Hadian, S. & Madani, K. (2013). The Water Demand of Energy: Implications for Sustainable Energy Policy Development. Sustainability. 5: 4674-4687. DOI:10.3390/su5114674.