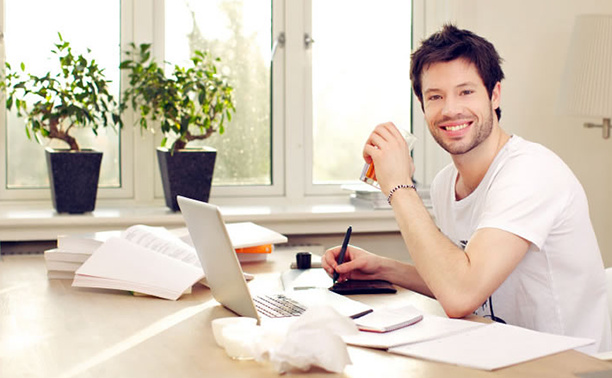 Work from home and save the planet

A new report by the Carbon Trust says that increasing the numbers of UK employees working from home can cut costs by £3 billion a year for UK employers and employees and save over 3 million tonnes of carbon a year.

Advances in technologies such as broadband internet, smart phones and cloud computing mean that many jobs can now be done effectively outside of traditional workplaces.  This has resulted in a significant increase in the number of UK employees who work from home, with the total now standing at over 4 million out of a workforce of 30 million.

Investigating the potential environmental benefits of a further shift to homeworking, the new research concluded that, if adopted and encouraged by employers across the country, homeworking could result in annual savings of over 3 million tonnes of carbon and cut costs by £3 billion.

Over 40 per cent of UK jobs are compatible with working from home, but recent research by the Carbon Trust has found that only 35 per cent of companies have a policy allowing their employees to work from home. And where homeworking is offered by companies, between one-third and one-half choose not to accept it.

However, the research has revealed a critical finding: carbon savings are sometimes not achieved because of potential rebound effects, particularly the increased carbon emissions from employees now working in homes that are often energy inefficient. Business must therefore take care to factor in their individual circumstances when considering homeworking policies, to ensure that these will actually cut carbon emissions and not increase them.

Workplaces that can realise the greatest immediate environmental benefits from a shift to homeworking tend to be those with long average employee commutes, especially by car, and where employers are contemplating a move to new premises.