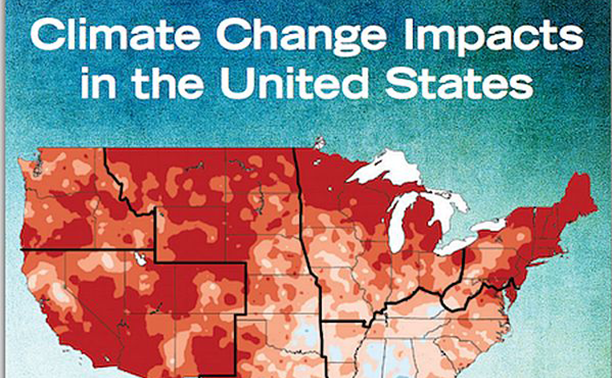 This week, the White House released the 3rd U.S. National Climate Assessment (NCA) – the most comprehensive scientific assessment ever generated of climate change and its impacts across every region of America and major sectors of the U.S. economy.

The findings in the NCA underscore the need for urgent action to combat the threats from climate change, protect American citizens and communities today, and build a sustainable future. Developed over four years by our nation’s top climate scientists and technical experts, the NCA represents the most authoritative and comprehensive knowledge base about how climate change is affecting America now, and what’s likely to come over the next century.

The U.S. National Climate Assessment is being released in an interactive, mobile-device-friendly, digital format on www.globalchange.gov. Find the NCA here.