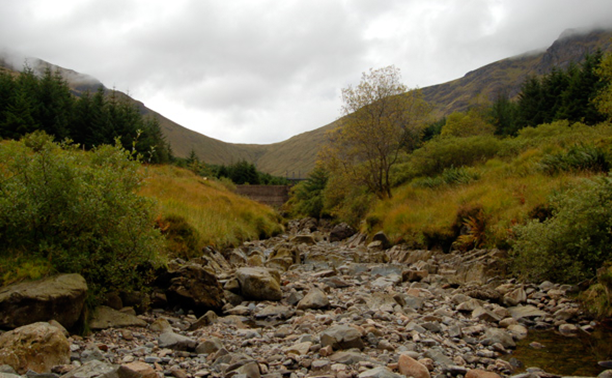 Climate change will substantially increase the severity and length of droughts in Europe by the end of the century, according to new research. The study showed that some European countries could experience a reduction in river flow of up to 80% by the 2080s.

Rising temperatures and shifting weather patterns caused by climate change are expected to alter water supply throughout Europe. This has raised concerns about an increase in the frequency of extreme droughts, and the severe impacts these events can have. For example, the 2003 drought in southern and central Europe was estimated to have caused more than €8.7 billion in economic damage.

Climate change’s impacts on water resources will require adaptation of infrastructure, economies and society to minimise potential socioeconomic and environmental damage. For decision makers to plan such adaptation strategies, it is important to know how drought conditions are likely to develop.

This study analysed how climate change and human water usage in Europe might interact to affect the frequency, length and severity of droughts over time. The researchers used a number of possible future scenarios for greenhouse gas emissions and water consumption combined with the latest climate models. This allowed them to calculate past and predicted water resources and climate at a regional level throughout Europe, over the period 1961- 2100.

The results show that, by the end of the century, demand for water is likely to exceed available amounts across many river basins throughout Europe. Southern Europe would be most affected by drought, with flow levels of rivers and streams in the Iberian Peninsula, south of France, Italy, and the Balkan region reduced by almost 40% due to climate change alone.

In northern Europe droughts were expected to become less severe with the flow levels of rivers increasing by up to 20% by the end of the 21st century, as a result of increased rainfall. However, some areas of northern Europe, such as along the Norwegian west coast and southern Sweden, show the opposite trend. This is attributed to reduced accumulation of snow in winter.

Intensive water consumption resulted in an increase of 10-30% in the severity of droughts in southern, western and central Europe and, to a lesser extent, the United Kingdom. However, the authors highlight that these results are from the scenario with the largest water consumption rates and as such represent a ‘worst case’ scenario for water use.

The authors also highlight that competition for water – between sectors such as energy, agriculture and households – is likely to increase in drought periods. Reducing the socioeconomic and environmental effects of this competition could present a challenge to policymakers developing climate change adaptation strategies.