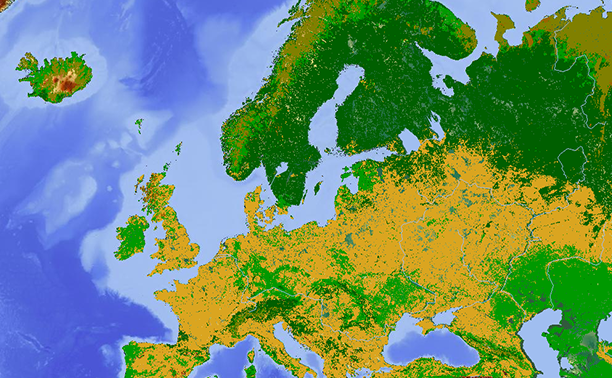 The reduction in summer storms in the western Mediterranean could be partly caused by land use change on coasts and mountain slopes, a new study reports. This lack of storms causes water vapour to build up above the region and may lead to heavy rainfall and flooding in central Europe.

There have been many reports of fewer summer storms around the Western Mediterranean Basin. To investigate this change, this study collected data from 37 EU-funded research projects and examined the role of the ‘combined breeze’, a wind system that combines the wind coming inland from the sea with the wind coming off the uplands.

The combined breeze moves slowly from the sea to the mountains during the day and takes around five hours to reach the tops of the mountains 60 to 100 km inland. As it progresses, storms may develop if the temperature becomes cold enough for water to condense from the air. Water vapour released by coastal vegetation, forests or irrigated crops through evaporation, can cool the air enough for this to occur. If the air does not become cool enough, the combined breeze will maintain its warm temperature and keep moving inland.

The findings of the projects suggest that Mediterranean land use change over the years, such as deforestation, has reduced levels of surface evaporation. The authors of the study propose that a long history of land use change is responsible for this; ancient Romans drained coastal marshland, for example, and in modern times, towns and cities have sealed land with asphalt and cement.

Less evaporation therefore leads to fewer summer storms in this region. The lack of storms has a knock-on effect: layers of air containing water vapour and pollution ‘pile up’ above the Western Mediterranean Basin, up to 4000 m high. These then travel inland and can cause intense rainfall and flooding in parts of central Europe. In fact, the disastrous floods which occurred in Central Europe in 2002 are known to have been the result of rain clouds formed of water vapour from the Mediterranean and Black Sea.

In addition, higher sea surface temperatures under global warming add more water vapour to the air. This also increases rainfall and floods in Mediterranean areas during spring and autumn, which in turn increases erosion and soil losses from the land. This reduces vegetation, which exacerbates the initial problem of low evaporation from the land.

The researchers suggest that reforestation programmes may help cool the air and allow storms to develop. This would prevent large amounts of water vapour being carried inland. However, they caution that these measures need to be informed by careful meteorological forecasting.