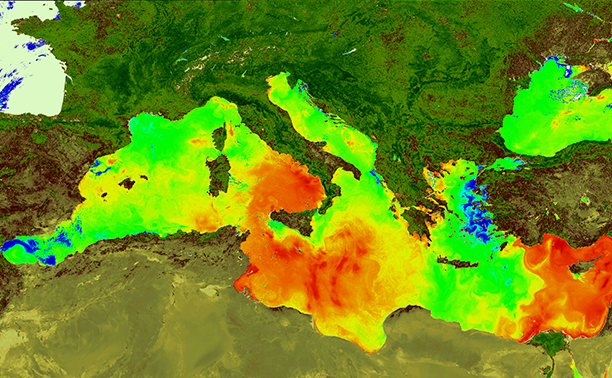 Air pollution legislation has led to reduced ozone pollution in rural areas in western Mediterranean countries; however, levels in urban and suburban areas are still increasing, new research concludes. This suggests that ground-level ozone, linked to human health issues as well as environmental damage, has the potential to become a more significant air quality issue than previously believed, the researchers say.

Ground-level ozone has been linked to a number of human health issues including respiratory system damage, heart attack, and premature death. It also has been shown to have negative effects on plants — including crops and forests — and a variety of materials including rubbers and paints.

The majority of ground-level ozone is formed as a result of reactions of ‘precursors’—air pollutants including nitrogen oxides (NOx), carbon monoxide (CO) and volatile organic compounds (VOCs)— in the presence of sunlight. National and European legislation over the past 20 years has sought to reduce emissions of these precursor pollutants.

To calculate annual ozone trends throughout the Mediterranean Basin, the researchers used data from the European Environment Agency‘s AirBase air quality database. Hourly ozone concentration data (encompassing more than 75% of validated hourly data per year) were collected from 2000 to 2010 from 214 air quality stations based in rural, suburban, and urban areas in Spain, France, Italy, and Malta.

To examine how emissions of ozone precursors (NOx, CO and VOCs) have changed over time, data from between 1990 and 2010 on these emissions across the EU were also analysed. Between 2000 and 2010, average ozone levels decreased in rural areas of 0.43% per year, while suburban and urban areas increased on average by 0.46% and 0.64% per year respectively. However, peak ozone concentrations – yearly, daily, and hourly – were found to be significantly reduced at all locations.

A reduction in NOx, CO and VOC emissions across the EU was observed, with the exception of Spain and North-eastern Italy, which saw increases in annual trends.

There was some variability in the observed trends, likely due to the fact that ozone production is strongly influenced by weather; as such the authors of the study suggest that further research may be required to better assess the exact effects of emission legislation on ozone levels.

The researchers conclude that implementation of emission control legislation of individual countries has been effective in reducing surface ozone concentrations in rural areas. However, an increase in ozone in suburban and urban areas suggests that ozone may be an air quality issue of growing importance. Future revisions of emission legislation and city planning policies would likely benefit from further assessments of ozone’s effects on the environment and health and wellbeing of citizens in these areas.