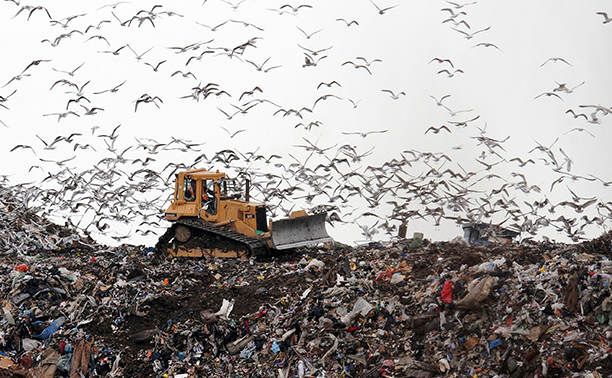 What is the carbon footprint of the 1.3 billion tonnes of food wasted each year?

The carbon footprint of food waste should be taken into account alongside the the weight of food wasted, says a new study. The research examined three years of food waste data from six branches of a Swedish supermarket and calculated the waste’s carbon footprint. On the basis of their footprint, key products that could be targeted for waste reduction include beef mince, meatballs and cream, the results suggest.

Globally, around 1.3 billion tonnes of food are wasted each year. In the EU, the figure is estimated to be about 90 million tonnes per year (based on 2006 data).

Food waste is a major problem for modern society. Not only is it an economic, social and — in a world where millions are going hungry — ethical problem, it is also an environmental problem. With agriculture estimated to account for around 15% of direct greenhouse gas (GHG) emissions from all EU production, food waste brings a high environmental cost with little to no benefit.

Most studies of food waste have mainly focussed on the amount of food wasted. However, this only gives an estimate of the environmental costs of this waste. In this study, researchers combined data on the weight of food waste with calculations on the carbon footprint of the different types of food in the waste streams.

They used data on perishable food wasted in five departments of a Swedish supermarket chain (meat, deli, cheese, dairy, and fruit and vegetables) from 2010 to 2012, across six of its stores.

Carbon footprints were calculated based on data in published scientific literature, and considered carbon dioxide (CO2), nitrous oxide and methane GHG emissions associated with production, processing and transport of food.

However, these results only show part of the story. There were also large differences between the different departments in terms of waste and associated carbon footprints.

Identifying and prioritising products with a high wastage carbon footprint could provide a way of efficiently reducing the environmental impact of food waste, the study’s authors say.