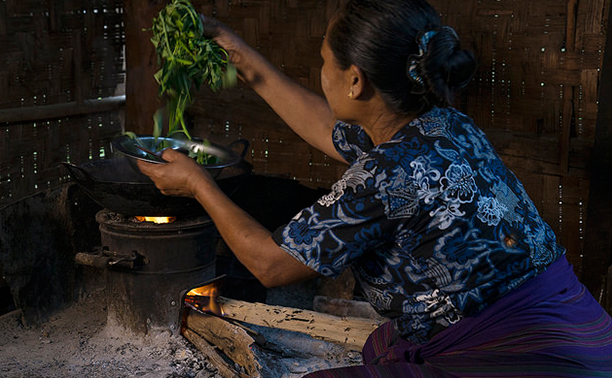 Myanmar Stoves Campaign is the newest SLOW LIFE Foundation project, which focuses on distributing cook stoves in Myanmar. It will be the first Gold Standard Certified carbon project in Myanmar. So far over 5,000 stoves have been distributed helping roughly 25,000 people, with an aim eventually to help over 1 million households in rural areas of Myanmar.

Benefits of the project to the local community are extensive including monetary savings for households, protection of biodiversity, training and employment opportunities and health benefits from significantly reduced indoor air pollution.

The stoves are sold, though at a subsidized rate. This is to create a sustainable business model and market for the distribution as well as creating jobs. The long term goal is to develop the project into a social enterprise that takes the project forward with out the need for constant funding.

The SLOW LIFE Foundation, created by the owners of the premium Soneva Resorts and Residences, Sonu and Eva Shivdasani, is a not-for-profit organisation that aims to deliver meaningful projects that have a positive environmental, social and economic impact.

The Myanmar Stoves Campaign is nominated for the 2degrees Champions Awards in the Social Value category.