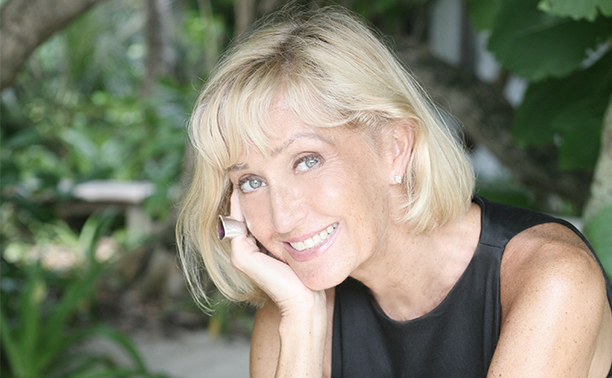 Eva Malmstrom Shivdasani was born in Karlstad in Sweden and had a successful career as a model, and also had a company in Paris making evening gowns.

In 1986 she met Sonu Shivdasani, and together they worked on a plan to create Soneva Fushi, which is now a multi-award winning resort in the Maldives.

“When I met Sonu he thought green was a colour! Being born in Sweden I have it in my blood. When we built Soneva Fushi I insisted that I take charge of the design of the interiors of the resort and I tried very hard to only use sustainable woods and products. You can imagine how hard that was in 1994! I was adamant that I did not want any rainforest woods, and we managed to find a lot of pine poles in UK which had already been cut. They were meant for telephone poles, and when all phone lines were placed underground they became obsolete. It was very hard to convince people that I did not want to cut any trees etc on the island. They thought I was mad!” when the sustainable furniture arrived, there were holes in some of the recycled wood, and everyone got very worried, but it was meant to be like that. I only used recycled wood, plantation teak, coconut wood, bamboo, etc.

“When promoting Soneva Fushi, Sonu never wanted to talk about the sustainability aspects of the resort, as he thought no one cared, but being very passionate I talked about it in every interview I did, and slowly Sonu realized that people were more and more interested, and saw that it was not only important to Soneva Fushi clients, it was ethically correct as well. “

Now an ethical, sustainable policy is at the heart of the Soneva group of resorts, and between them Eva and Sonu have brought the issue further by opening The Slow Life Trust which donates money generated by the resorts.

Eva read a tiny little note in a paper many years ago, that a restaurant in California would not serve any more bottled mineral water. She said; if they can, we can. They were already making and serving their own water, but still imported all brands of bottled ones, albeit only the ones in glass bottles, as they banned plastic. They decided to ban all the imported bottles, serve only their home made water, which was treated with sophisticated filters, and then had only the good minerals added. From the proceeds they donate 50% to three very responsible water charities, who in turn over the time of two years, gave 500,000 poor people clean water for 10 years.

They have now started a campaign to entice all hotels and restaurants in the world to follow their example, but to donate 10%, as this was thought to be acceptable by all of them. If all come on board it will make a huge contribution to the world’s water problem, and maybe in the end even solve it.

Eva is also very enthusiastic about the 140 energy saving stoves they will donate to the Darfur refugee camp in Africa over seven years. 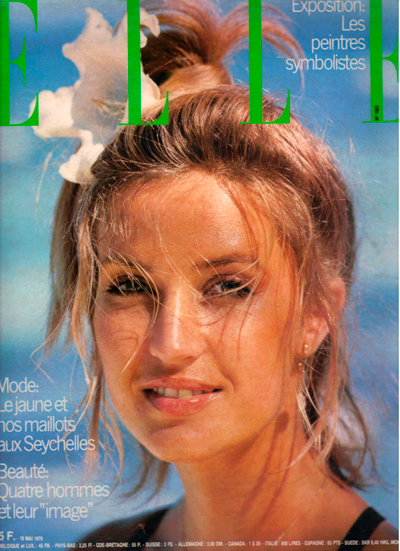 These are major projects, but Eva has her little pet projects as well.

“One day having a shower in my house at Soneva Fushi, I looked down at the round pebbles I had laid into the floor and “saw” small faces in the lines of the stores. I thought; if I can fill in the lines I find in other pebbles I can make them info faces, and then for fun I can sell them in our giftshop and let every penny go to help Thalassemia children in the Maldives. Little did I know it would become a best seller and create a lot of funds for the children. I must have painted and sold thousands by now.

“As we never cut any trees on the island it is now very comfortable and cool to bicycle or walk around the island, and this is very much appreciated by the many delegates that have attended our Slow Life Symposia. We had many fascinating people here, including Richard Branson, Edward Norton and Daryl Hannah. We now know that Edward Norton sees his acting as a hobby and that his passion lies in solving ecological problems for the world! And lovely Daryl Hanna spends most of her life trying to help the world.

“We are trying to help create the world’s biggest Marine Reserve around the Maldives. That would help immensely to stop all the foreign fishing fleets that overfish all the tuna, and killing all the sharks for only their fins. Maldives would be a haven for all fish species and maybe manage to re-establish fish stocks here at least in the place we call Paradise.”