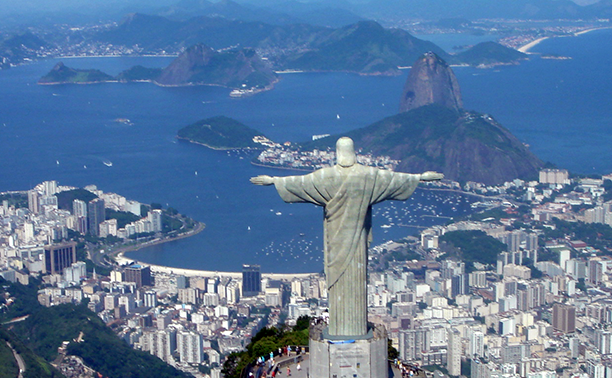 Rio Behind on Olympic Promise to Plant 24 Million Trees

Rio de Janeiro is falling behind on its promise to plant 24 million trees to offset the carbon emissions produced as a result of hosting the 2016 Olympic Games. According to the official counter, just 5.5 million have been planted, and time is running out to get the remaining trees planted before the end of 2015 deadline.

Of the trees to be planted, the majority are meant to be native trees to help restore Rio’s highly threatened yet biodiverse Mata Atlântica, or Atlantic Forest, that covers much of coastal and southern Brazil and which has been deforested to just 7% of its original coverage.

Within the city of Rio de Janeiro, there are many areas desperately in need of trees that would provide great benefit to local residents of the city as well as contributing to the fulfillment of the Olympic promise. The presence of trees in one’s local environment contributes to improving both physical and mental health.

This is especially pertinent now. This summer, Rio de Janeiro has had some of its highest ever recorded temperatures, especially in parts of the city most affected by the ‘urban heat island’ phenomenon. Urban heat islands are metropolitan areas that are significantly warmer than surrounding areas due to, among other things, low vegetation. They are associated with high temperatures, increased rainfall and decreased air and water quality.