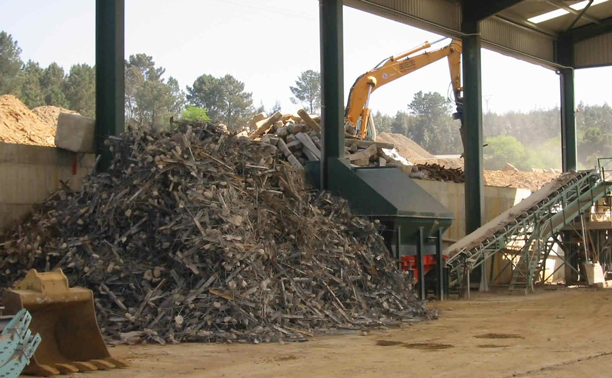 The environmental benefits of recycling construction and demolition waste (CDW) are considerable, even after accounting for the impacts of the recycling process itself, research confirms. By assessing CO2 and energy use at a large-scale recycling plant in Portugal, reseachers have shown that, over its 60-year lifespan, the CO2 emissions prevented will be ten times as much as those produced, and eight times as much energy will be saved, than is used.

Recycling is thought to be a vital part of reducing the environmental impact of the construction industry. However, the recycling process uses energy and emits CO2 which must be balanced against any savings. For example, CO2 is emitted when waste is transported from demolition or construction sites to recycling plants, and energy is needed (which also leads to CO2 emissions) to run machinery that sorts and processes the waste.

In this study, researchers focused on a single large-scale construction and demolition waste recycling plant in the metropolitan area of Lisbon, Portugal. This plant receives mixed CDW materials, which are then separated into waste types, such as concrete aggregates, metals, paper and plastics. They calculated the environmental impacts of different aspects of the process, which were measured either in emissions of CO2 in tonnes (other greenhouse gases were included, but measured in terms of impact equivalent to tonnes of CO2) and primary energy expenditure (energy contained/produced at power plants), measured as the equivalent to tonnes of oil.

Three forms of environmental impact were considered: ‘incorporated’, ‘operational’ and ‘transport-related’. ‘Incorporated’ impacts were the energy and CO2 emissions which arose from the production of all buildings and machinery needed for the plant. ‘Operational’ impacts were mainly made up of the electricity needed to run machinery, as well as some emissions from some diesel-powered engines used in the sorting process. Finally, ‘transport-related’ impacts were the result of transport of waste, both from the demolition or construction site to the plant, as well as from the plant to recycled materials processors or landfill sites.

The data for these different impacts were based on a number of detailed estimates. For example, the researchers calculated the weight of steel used to produce sorting machines with estimates from previous studies and government databases of primary energy consumed and CO2 emitted in the production of the steel used to produce each machine.

These environmental benefits can only come to be, however, if the output materials produced by the recycling facility are effectively sent out and used for the fabrication of new products (especially construction related ones). Transport to and from the plant caused the greatest environmental impact overall, accounting for 54% of CO2 emissions. The researchers suggest that energy-saving or CO2-reduction measures targeted at the transport phase would an effective way of reducing the impact of recycling plants, possibly through the use of electric vehicles.

The researchers caution that the results are simplified because they include only CO2 emissions and energy use. However, these are thought to be the primary environmental impacts of recycling plants such as this. Overall, they conclude that this study demonstrates the substantial environmental benefits to be gained by recycling construction and demolition waste.