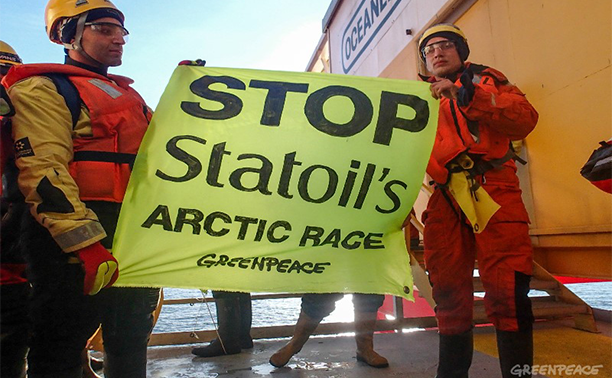 “The Greenpeace ship Esperanza is blocking the arrival of Statoil’s Transocean Spitsbergen oil rig in the Arctic by occupying the exact location where the company plans to drill the world’s northernmost well,” the group said a statement.

Norwegian authorities earlier removed the seven activists from the oil rig bound for a remote part of the Barents Sea where Greenpeace claims oil drilling would harm the region’s marine wildlife.

Greenpeace’s Truls Gulowsen said the activists were released without being charged.

The group has appealed the project to the Norwegian Ministry of Climate and Environment. Statoil can’t start drilling until the agency issues a final ruling.

The protest comes after a recent Greenpeace attempt to block an oil tanker from entering Rotterdam Port (Greenwire, May 1). The tanker was carrying Arctic crude from a Russian oil well that the environmental organization targeted last year (Gwladys Fouche, Reuters, May 29)