It has taken less than eight months for humanity to use up nature’s entire budget for the year and go into ecological overshoot, according to data from Global Footprint Network, – last year it fell on August 20th.Global Footprint Network tracks humanity’s demand on the planet (Ecological Footprint) against nature’s biocapacity, i.e., its ability to replenish the planet’s resources and absorb waste, including CO2.  Earth Overshoot Day marks the date when humanity’s Footprint in a given year exceeds what Earth can regenerate in that year. Since 2000, overshoot has grown, according to Global Footprint Network’s calculations. Consequently, Earth Overshoot Day has moved from early October in 2000 to August 19th this year. 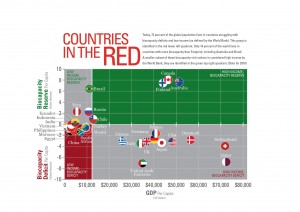 “Global overshoot is becoming a defining challenge of the 21st century. It is both an ecological and an economic problem,” said Mathis Wackernagel, president of Global Footprint Network and the co-creator of the Ecological Footprint resource accounting metric. “Countries with resource deficits and low income are exceptionally vulnerable. Even high-income countries that have had the financial advantage to shield themselves from the most direct impacts of resource dependence need to realize that a long-term solution requires addressing such dependencies before they turn into a significant economic stress.”In 1961, humanity used just about three-quarters of the capacity Earth had available for generating food, fiber, timber, fish stock and absorbing greenhouse gases. Most countries had biocapacities larger than their own respective Footprints. By the early 1970s, global economic and demographic growth had increased humanity’s Footprint beyond what the planet could renewably produce. We went into ecological overshoot.Today, 86 percent of the world population lives in countries that demand more from nature than their own ecosystems can renew. According to Global Footprint Network’s calculations, it would take 1.5 Earths to produce the renewable ecological resources necessary to support humanity’s current Footprint. Moderate population, energy and food projections suggest that humanity would require the biocapacity of three planets well before mid-century. This may be physically unfeasible.The costs of our ecological overspending are becoming more evident by the day. The interest we are paying on that mounting ecological debt in the form of deforestation, fresh-water scarcity, soil erosion, biodiversity loss and the build-up of CO2 in our atmosphere also comes with mounting human and economic costs.Governments who ignore resource limits in their decision-making might put their long-term economic performance at risk. In times of persistent overshoot, those countries running biocapacity deficits will find that reducing their resource dependence is aligned with their self-interest. Conversely, countries that are endowed with biocapacity reserves have an incentive to preserve these ecological assets that constitute a growing competitive advantage in a world of tightening ecological constraints.More and more countries are taking action in a variety of ways.The Philippines is on track to adopt the Ecological Footprint at the national level — the first country in Southeast Asia to do so — via its National Land Use Act. This policy, the first of its kind in the Philippines, is designed to protect areas from haphazard development and plan for the country’s use and management of its own physical resources. Legislators are seeking to integrate the Ecological Footprint into this national policy, placing resource limits at the center of decision-making.The United Arab Emirates, a high-income country, intends to significantly reduce its per capita Ecological Footprint — one of the world’s highest — starting with its carbon emissions. Its Energy Efficiency Lighting Standard will result in only energy-efficient indoor-lighting products being made available throughout the territory before the end of this year.Morocco is interested in collaborating with Global Footprint Network on a review of the nation’s 15-year strategy for sustainable development in agriculture, Plan Maroc Vert, through the lens of the Ecological Footprint. Specifically, Morocco is interested comprehensively assessing how the plan contributes to the sustainability of the agriculture sector as well as a society-wide transition towards sustainability.Regardless of a country’s specific circumstances, incorporating ecological risk into economic planning and development strategy is not just about foresight — it has become an urgent necessity. 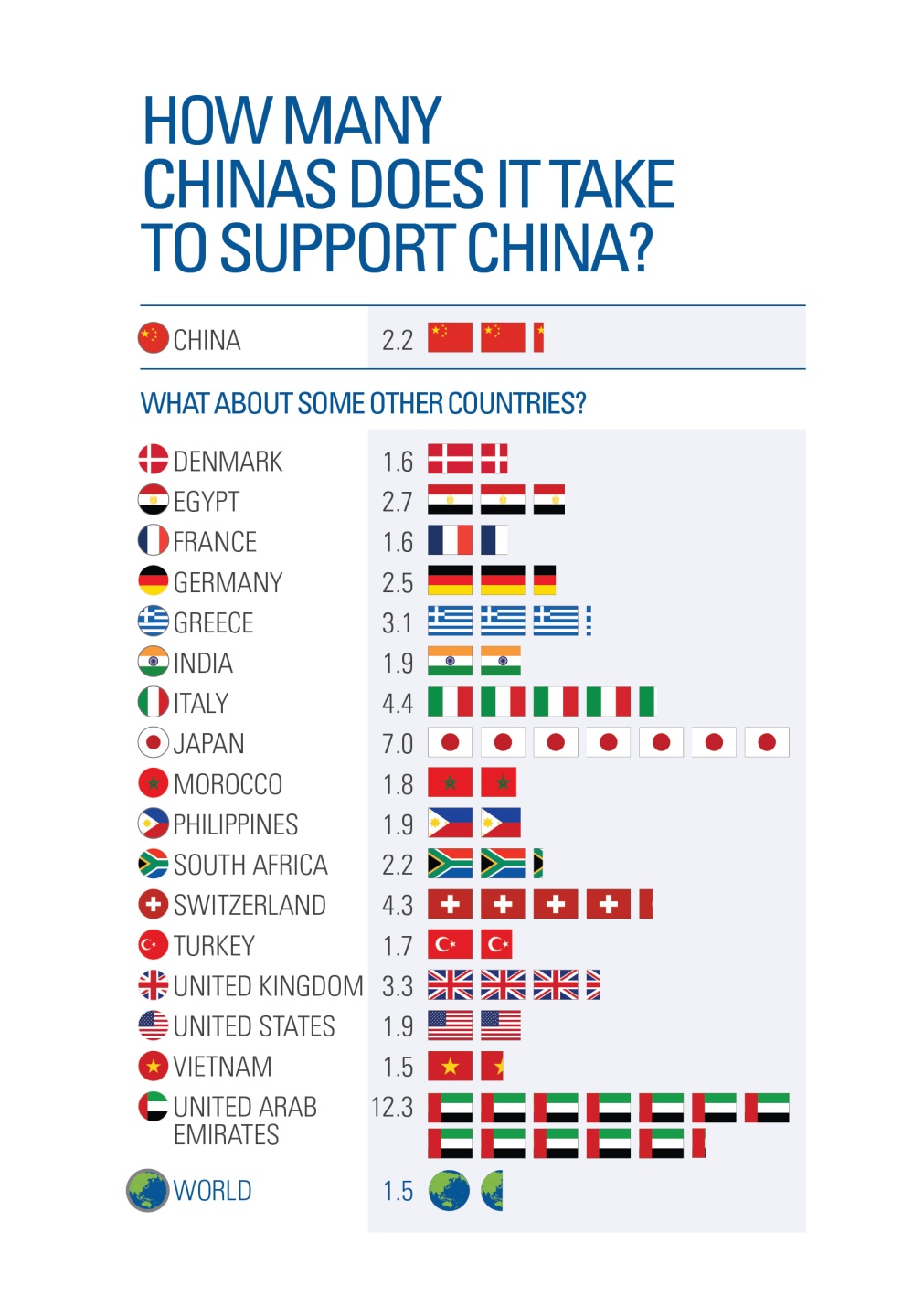