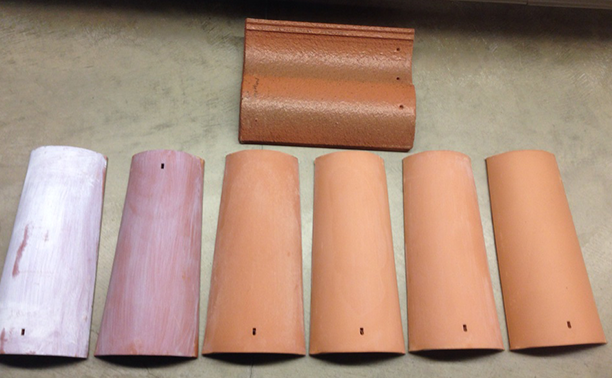 A California research team has created a coating for roof tiles that attacks pollutants linked to urban smog.

The University of California, Riverside, team led by engineering professor David Cocker found that a million roofs coated with the titanium dioxide mixture could eliminate 21 tons of nitrogen oxides daily. An average-sized roof could break down the amount of nitrogen oxides per year equivalent to those released by a car driven 11,000 miles.

When nitrogen oxides react with volatile organic compounds in sunlight, they form ozone, which is otherwise known as smog. The tiles could have a “significant impact” in helping address air pollution in Southern California, where 500 tons of nitrogen oxides are emitted each day, according to a news release about the study, which has not been published in a peer-reviewed journal.

Companies such as Boral Roofing, based near Los Angeles, are already selling “smog-eating” roof tiles that use titanium dioxide to break down nitrogen oxide molecules.

But UC-Riverside, researchers say there has not been much data generated on whether tiles on the market actually reduce ozone pollution.

The research team coated standard roofing tiles with titanium dioxide and studied them in a chamber that mimicked real-world sunlight and nitrogen oxide conditions. They found that the tiles painted with the mixture broke down up to 97 percent of nitrogen oxides.

The next step is studying whether the coating could be added to exterior house paint, according to the team.