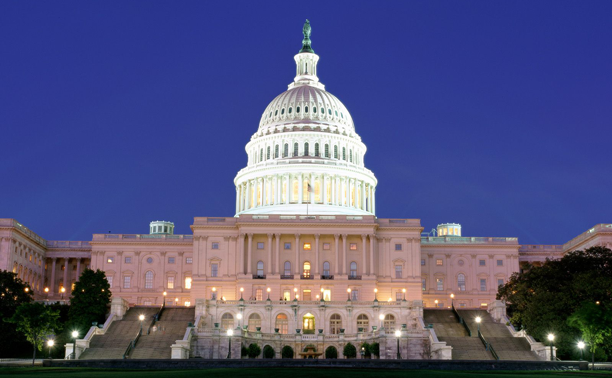 Washington, D.C. wants to be the greenest city in the U.S.

Last month, standing at the Old Capitol Pump House, a restored building along the Anacostia River, Washington, D.C., Mayor Vincent Gray announced the launch of the long-awaited Sustainable D.C. plan. The result of an amazing public outreach process that involved more than 400 local green experts, over 180 public meetings involving 5,000 people, and 15 D.C. government departments and agencies, the plan is an attempt to make D.C. “the greenest, healthiest, and most livable city in the U.S.” by 2032. Less than two weeks after the announcement, drastic, across-the-board federal funding cuts kicked in, throwing the whole plan into question.

At the unveiling Feb. 20, Gray said D.C. already leads the nation in the number of green, healthy buildings per capita. New schools must now reach the LEED Gold standard. The district has signed on to theNational Better Buildings challenge, aiming for 20 percent energy efficiency improvements across all buildings by 2020. And with theSustainable DC Act of 2012 now signed into law, a new Property Assessment Clean Energy (PACE) program is underway, aimed at improving financing opportunities for greening commercial buildings and multi-family housing.

The district wants to be greener looking, too. There’s an accelerated tree-planting campaign, with 6,400 slated to be planted this season alone. The goal is a tree canopy that covers 40 percent of the city’s surface, which would put D.C. in the top tier of major cities worldwide. Beyond trees, the city is creating new stormwater infrastructure. According to the mayor, 1.5 million square feet of green roofs are already in place. Green streets, like the first green alley built in Ward 7, are also being rolled out, with more potentially coming soon in Chinatown. Green infrastructure technologies may get a local boost, too, with the $4.5 million that has been dedicated to “innovative pilot projects.”

The district already has the biggest bike share network in the U.S. The D.C. government now purchases 100 percent renewable energy, earning it designation as a No. 1 “green power community” from the Environmental Protection Agency. All of this action has led to a 12 percent reduction in greenhouse gas emissions over the past year.

Gray seemed to stress, however, that going green can’t just be the agenda of educated, liberal, white environmentalists. The diverse, multi-ethnic crowd seemed to underpin this point. “We need to focus on jobs, health, equity, and diversity, and the climate,” he said. So part of making D.C. more sustainable will involve “expanding access to affordable housing and economic development opportunities” for all, so that “we have one city,” Gray said. “We can’t push people out.”

The actual plan offers some 32 goals, 31 targets, and more than 140 proposed actions. Some goals are quite bold, like creating “a fishable, swimmable Anacostia River in a generation.” The Anacostia is currently one of the filthiest rivers in the U.S. Other goals include diverting 80 percent of the city’s waste from the landfill and expanding urban agriculture across 20 more acres, so that 75 percent of residents are within a quarter-mile of healthy, local produce. The city also wants 1,000 new local renewable energy projects, with a dedicated wind farm for D.C. government operations.

“This is about nothing short than winning the future,” Gray said. For a mayor still under federal investigation for shenanigans during the 2010 mayoral campaign, the Sustainable DC plan offers a positive way forward and certainly paints the city in a progressive light.

But, as they say, the proof of the pudding is in the eating. At the launch event, media representatives asked pointed questions about whether the mayor and city council will actually put the funds and government personnel behind this bold plan to “change our society.” In a telling comment, Gray said the District would need to wait to hear the results of the debate in Congress on “sequestration” — the drastic, across-the-board budget cuts that would go into effect just over a week later if Congress and the president couldn’t come to a compromise.

Now that sequestration is here, the future of the sustainability effort, and many other things in Washington, are up in the air. Much of the district economy depends on federal government spending. The city’s resurgence in the past few years can largely be attributed to the new federal money pumped into the district. (The New York Times ran a great article on this.)

In his recent state-of-the-district speech, Gray said the city must “diversify” into new sectors. If it is carried out, Sustainable DC will help the district’s economy and people become more resilient to economic, environmental, and social shocks, and diversify into greener industries. This seems like smart local leadership that goes beyond the vagaries of federal spending.

Still, it will be up to the D.C. government, private sector, and nonprofit organizations to implement the plan at a very high standard. The race is on, considering many other top-tier cities have similar goals. Here’s hoping the antics at the national level don’t torpedo Washington’s green dreams just as they’re gaining speed.

For more information, you can read the Sustainable DC plan and check out “Becoming Greenest: Recommendations for a Sustainable D.C.,” a 30-page report produced last year by the American Society of Landscape Architects that seems to have inspired a few of the district’s targets and actions.

Jared Green is editor of The Dirt, the blog of the American Society of Landscape Architects (ASLA). The Dirt covers news on the built and natural environments.