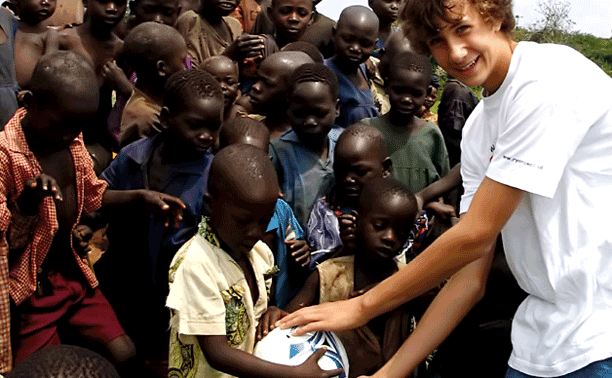 After hearing about the water crisis in parts of Africa, six year old Ryan Hreljac, from a small town near Ottawa, decided to try and help. His teacher told him that $70 would pay for a well, which Ryan raised in four months through doing extra chores for his parents.

After delivering his donation to the Watercan aid programme, Ryan discovered that $70 would only pay for a hand pump, but $2,000 would drill a well. The Canadian International Development Agency (CIDA) agreed to match funds by 2:1 and Ryan raised the rest, collecting donations from friends, family and local schools. The well was subsequently dug near the school at Angolo in north Uganda, a village whose closest water used to be five kilometres away. That was in 1999 when Ryan was seven.