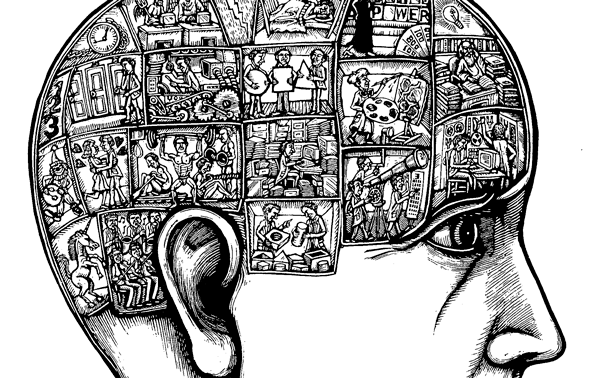 “The current obsession with human behaviour change is a strategy which has very limited scope for long-term success: instead, we should try to encourage thinking.”

A while ago, a colleague and I visited a primary school that wins awards for its work on sustainability. We saw two arresting displays. The first was an exhibition about wind farms, which explored in age-appropriate scientific and social terms the potential benefits and problems of harnessing wind energy. This was presented as a complex and controversial issue, and we felt that the students would likely gain valuable understandings. The second, just down the corridor, was a poster that said: “Buy Fair Trade” which seemed nothing less than a moral instruction and so we wondered what there was to learn.

We asked the teachers about this contrast between a well thought through approach to a complex set of issues, and the promotion of something equally complex, and controversial. The teachers said that they didn’t see Fair Trade as controversial, but as a good thing for children and their families to get into the habit of supporting. But it is controversial, given that it meets the two general conditions necessary for this:

In particular, it is controversial because it promotes a set of values and a commercial way of realising them. To make matters worse, its uncritical promotion in schools denies young people the chance to think about its pros and cons for themselves, and so negates one of the key purposes of education.

This is far from the only behaviour change being promoted by schools and NGOs, and now ‘nudged’ by government. These are seen as either good for us, personally or socially, good for the planet, or sometimes for all three. However, given that schools are supposed to encourage and enable both critical thinking and an open-minded examination of issues, doesn’t it seems odd to find so much focus on replacing one set of (supposedly) bad behaviours with another set of (allegedly) good ones?

Caroline Flint, before she fell out with Gordon Brown, was described by The Times as, “the government’s super-nanny, the minister in charge of reducing the nation’s waistlines.” The Times quoted her as saying:

This neatly captures the problem as politicians of all stripes tend to see it: the need to understand how to get people to do what experts know is good for them. This applies to waistlines, via strictures on alcohol, food and exercise; to drug use and smoking; and also to environmental issues: less car driving, no flying, reducing waste production and disposal, etc.

Formal education is part of the preferred strategy mix to bring this about, and what schools do has been influenced by this policy goal of behaviour change for a while now, as the Fair Trade story illustrates. And up to a point, this is fine; schools are, after all a part of society, a part of its problems and also implicit in the promise of something better. The issue, though, is what is their proper role, and what are the most sensible and ethical strategies to adopt? In particular, where does focusing on changing behaviour fit within education’s broader remit?

Promoting safety offers an illuminating counterpoint here. The Royal Society for the Prevention of Accidents was established over 90 years ago. RoSPA‘s historic mission is to enhance the quality of life by exercising a powerful influence for accident prevention. By campaigning, collecting data, carrying out research, developing policies, informing and educating, auditing and providing expert consultancy, RoSPA is actively involved in the promotion of safety and the prevention of accidents in all areas of life.

RoSPA invests in a lot of initiatives, including education, because it has evidence that this will result in changed circumstances that will then result in its ultimate goals. But RoSPA seems clear that its work does not lead directly to fewer accidents. It has a more nuanced understanding than this. In its hands, safety education does not focus on behaviour change through an input – output model; rather, it is an educational intervention aimed at getting people to think more (and more effectively) about their safety and that of others, making it part of an on-going, internalised risk-assessment process (of an non-obsessive kind).

The desired outcome of this is people who are more alert and aware, and who take more care and consideration in what they do. RoSPA distinguishes between educational ends (ie, personal and social learning – in this case a mix of knowledge, understanding, awareness, skills, attitude, etc), and the social and personal consequences of these ends (eg, more awareness and fewer accidents). Sadly, few schools or other NGOs seem to think as clearly as this and the confusion over ends and means is everywhere.

The key point, surely, is this. We don’t usually change behaviours because of other people’s exhortations or instructions, or at least not for long. We do so because of the arguments we have with ourselves as we think things through, both as individuals and with others. This chance to think about something provides the opportunity, not just to come to know what we think, with all its uncertainties, but also, crucially, to know why we think it. It is this process that can lead to a change, not only in what we think, but a shift in values as well, and it is this that can consolidate the change, and make it part of who we are, and what we now do.

So, let’s have less crude promoting of ends, and more encouragement of means – that thinking through, personally and socially, of the issues that are important to all our futures.

Bill Scott is an Emeritus Professor at the University of Bath. He chairs the South West Learning for Sustainability Coalition and is a trustee of the Forest of Avon and Wiltshire Wildlife trusts.