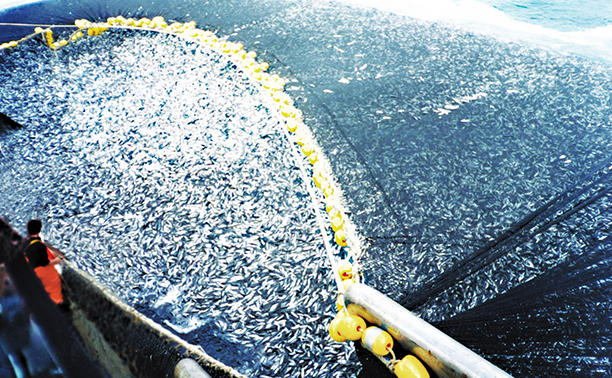 An early warning system to predict the overfishing of individual species, far in advance of severe population decline, has been developed by researchers. The ‘eventual threat index’ was applied by the researchers to historical data on tuna and billfish populations, and accurately predicted their current declines as early as the 1950s.

If fish species are exploited to the point where they are threatened with extinction, conservation measures such as closure of the fishery can have severe economic and social consequences. Detecting the warning signs earlier would mean that mitigation measures could be implemented over longer time spans, aiding effective conservation and reducing negative socioeconomic effects.

Overfishing often occurs within fisheries where many species are taken at the same time. If only a single species is fished, the fishery becomes less economically viable as stocks drop. However, a multi-species fishery can remain viable even if less valuable species, or species caught as by-catch, become threatened with extinction.

In this study, researchers develop a method which uses readily available data for predicting the threat of overfishing based on influential biological and socioeconomic factors.

For each fishery (defined by the mix of target species, area and equipment used) and year the researchers calculated the ‘vulnerability’ of each species based on how its population’s growth rate is affected by fishing effort (e.g. the number of hooks deployed, days spent fishing). They then used this to calculate an ‘eventual threat index’. This index compares the vulnerability of each species to that of a ‘key’ species, whose importance to the fishery’s profits or management is likely to limit its long-term exploitation rate. Species with higher vulnerabilities than the key species are likely to be adversely affected because the fishery will continue to be profitable even if they are reduced to very low numbers.

To test the method, the researchers calculated vulnerability and threat index for eight Pacific populations of tuna and billfish (such as swordfish and marlin) from the earliest available data (ranging between 1953-1967, depending on the population) to the most recent data (ranging between 1997-2009). Four of the studied populations (northern and southern striped marlin (Thunnus audax), blue marlin (Makaira nigricans) and bigeye tuna (Thunnus obesus) have been recently identified as being in decline as a result of overfishing.

The results showed that the eventual threat index was able to predict the depletion of all four declining stocks as early as the 1950s. The researchers also note that the yellowfin tuna (Thunnus albacares), which is not yet overfished, was also identified as being at risk. Index values for the 1990s predicted eventual threat to this species and, in line with this prediction, mortality has increased and the population has declined.

The researchers conclude that this method could provide an early warning system of overfishing, enabling managers and policymakers to put in place measures to reduce threats without incurring the severe consequences that can result from retrospective mitigation.