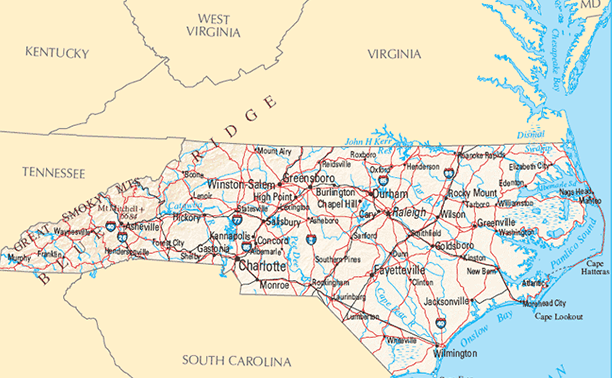 North Carolina makes it a crime to disclose fracking chemicals

North Carolina legislators have pushed through a bill intended to speed up the approval of natural gas drilling in the state, while imposing criminal penalties on people who disclose the chemicals used in hydraulic fracturing.

The “Energy Modernization Act” originally would have made it a felony to disclose fracking chemicals. The state Senate had already reduced that to a misdemeanor before sending the bill to the House of Representatives (EnergyWire, May 16).

The bill passed the House 64-50 yesterday, two weeks after it was introduced. The Senate quickly ratified the House amendments. It will be sent to Republican Gov. Pat McCrory for his signature.

Republicans, who hold majorities in both chambers, said they want to end the debate over drilling and fracking and show that the state is open to gas development.

“We need to move forward and say North Carolina is in the energy business,” Rep. Mike Stone (R) said.

The state could begin issuing drilling permits as soon at May 2015 under the bill, Elizabeth Ouzts, state director of Environment North Carolina, said in an email.

Democrats lost a string of votes on amendments that would have eliminated the criminal penalties for disclosing fracking chemicals, limited forced pooling of land for drilling, given the Legislature more time to review state rules and required base-line health tests for people living near drill sites.

North Carolina doesn’t have a history of oil and gas development, but the U.S. Geological Survey said it may have as much as 1.7 trillion cubic feet in the Deep River formation, which lies under Lee and other counties in the center of the state.

The Legislature imposed a moratorium on drilling and fracking in 2012 while a state-appointed board began writing regulations to control drilling. The board, known as the Mining and Energy Commission, was wrapping up its meetings when the Energy Modernization Act was introduced in the Senate.

In addition to the criminal penalties for disclosing fracking chemicals, the bill would prevent cities and counties from taxing gas producers or imposing local ordinances. It would also limit the area subject to pre-drilling water tests and shorten the amount of time that the Legislature would have to review the Mining and Energy Commission’s rules.

Rep. Mike Hager, a Republican from Salisbury, said other industries are allowed to protect their trade secrets under North Carolina law. The bill would allow emergency management officials and medical workers to have access to the chemical information, and federal law already requires information about hazardous chemicals to be stored at industrial sites.

Rep. Joe Sam Queen, a Democrat from Waynesville, replied, “When your trade secret enters my daughter’s drinking water, it becomes my right to know.”