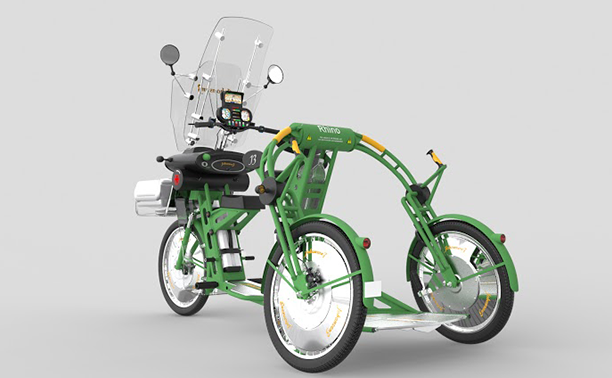 Belgian startup company johanson3 has designed a new generation of  cargo bikes that could transform urban transport by redefining the way we move around. The real issue for the urban traveler and the commuter is to get rid of his or her car or find an alternative transport solution for the last mile. The only alternative to a taxi, a tramway, or a bus is two wheeled-transport, but bikes are not for everybody. They have at least 4 essential main functions missing:

Cargo bikes and electric cargo bikes are starting to emerge, but these do not re-imagine the technology.

The johanson3 creates a real alternative at competitive prices. The vehicle has an impressive list of features:

The johanson3 is the brainchild of Johan Neerman, whose company, Neerman Transport, has worked in public transport systems for many years, on projects thathave included Strasbourg Tramway, Lyons Metro, Brussels Metro, Nantes Tramway, Astolm’s Citadis Tramway and the funicular at Tignes.

Johan says, “Unlike the car industry which is marketing driven we only deal with functionality and real added value when it comes to product design and market supremacy through invention.”

For more information go to the johanson3 facebook page.