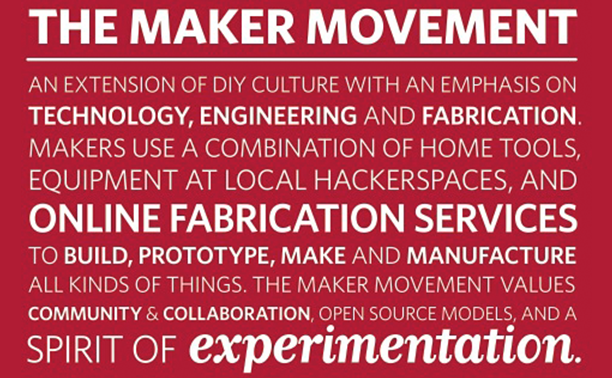 Maker’s Law: On a basic level, the movement is about reusing and repairing objects, rather than discarding them to buy more. On a deeper level, it’s also a philosophical idea about what ownership really is. A really nice slideshare presentation from Jingfeng Liu about the Maker Movement.

” the Maker Movement, a push to re-imagine the objects we own rather than throw them away.”

Although the movement started with just a few techno geeks, artists and hobbyists, it has attracted thousands over the decades. A record 65,000 people waited in traffic for two hours to get to the Maker Faire in the San Francisco area this spring. Make Magazine now has a circulation of 110,000.

You can read more about the Maker Movement at http://p2pfoundation.net/Maker_Movement