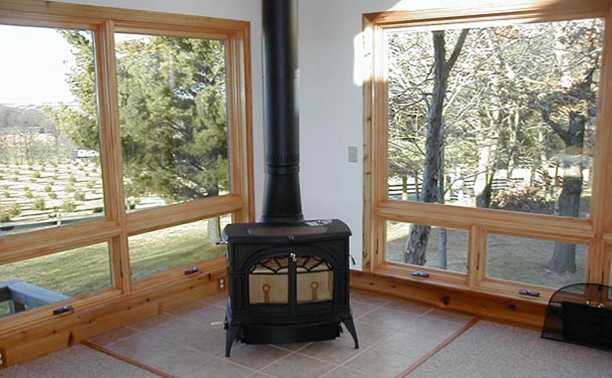 The U.S. Environmental Protection Agency (EPA) is proposing standards for the amount of air pollution that can be emitted by new woodstoves and heaters, beginning in 2015. The agency’s proposal would make the next generation of stoves and heaters an estimated 80 percent cleaner than those manufactured today, leading to important air quality and public health improvements in communities across the country. The proposal would affect a variety of wood heaters manufactured beginning in 2015 and will not affect heaters and stoves already in use in homes or currently for sale today.

Smoke from residential wood heaters, which are used around the clock in some communities, can increase toxic air pollution, volatile organic compounds, carbon monoxide and soot, also known as particle pollution, to levels that pose serious health concerns. Particle pollution is linked to a wide range of serious health effects, including heart attacks, strokes and asthma attacks. In some areas, residential wood smoke makes up a significant portion of the fine particle pollution problem. EPA’s proposal would work in concert with state and local programs to improve air quality in these communities.

When these standards are fully implemented, EPA estimates that for every dollar spent to comply with these standards, the American public will see between $118 and $267 in health benefits. Consumers will also see a monetary benefit from efficiency improvements in the new woodstoves, which use less wood to heat homes. The total health and economic benefits of the proposed standards are estimated to be at $1.8 to $2.4 billion annually.