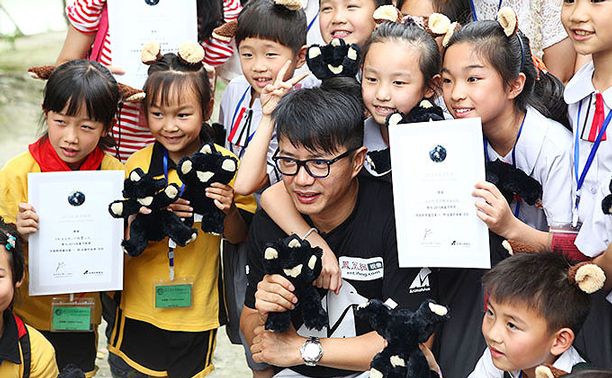 Nearly 100 bears have been saved by the Chengdu Moon Bear Rescue Sanctuary in China since it was founded by the Animals Asia Foundation (AAF) in 1996.

Asiatic Black Bears, or Moon Bears, are farmed for their bile, which is mechanically extracted from their gall bladders and used to mix old Chinese medicines for heat-related illnesses. AAF have been negotiating with Chinese officials since 1996 to bring an end to the industry, replacing the product with a cheaper and more readily available herbal substitute. Since then 36 farms have been closed, signalling the beginning of the end for the bear-farming industry.

AAF are now creating a huge bamboo forested area where the previously captive bears can live more freely, including an on-site ‘village of education’ with awareness programmes and workshops.