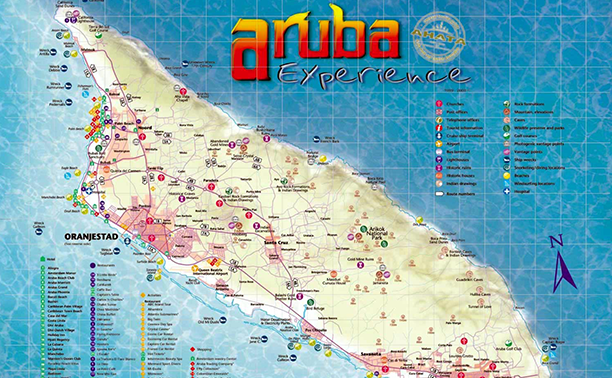 The World Legacy Awards launched in 2014, to recognise the leading travel and tourism companies, organisations and destinations who are transforming sustainable tourism. More than 150 award entries were received, representing 56 countries and six continents. Finalists in five categories were selected by an international team of 18 sustainable travel experts, who conducted thorough on-site inspections before choosing the winners in each category.

As the “Destination Leadership” winner, Aruba immediately stood out to judges for its world-leading green energy initiative. In 2012, Aruba partnered with Sir Richard Branson’s Carbon War Room, founded to fight climate change, and other key entities such as Harvard. Due to the island’s natural solar/wind resources and aggressive plan supported by partners, Aruba is on track to be the world’s first country to fully transition off fossil fuels by 2020.

Aruba’s government is actively promoting the use of renewable energy through wind farms, airport solar park, waste-to-energy plant, smart communities and a $1 billion island investment largely focused on eco-tourism. A new, award-winning tram through downtown Oranjestad is the world’s first municipal streetcar system using hydrogen fuel cell technology that runs off a battery charged through wind/solar energy. Aruba has saved $50 million per year through sustainability efforts and in 2014, six Caribbean islands committed to follow the “Aruba Model” by signing with Carbon War Room as part of a 10 Island Renewable Challenge to transition 100 percent off fossil fuels.

“It is an honour to be recognised by the National Geographic Society for our unwavering pursuit of total sustainability,” said Oslin B. Sevinger, Aruba Minister of Integration, Infrastructure and Environment, who accepted the award at ITB Berlin. “Over the past several years, we have worked closely with the world’s most innovative thought leaders on this subject and are proud to see our ever-evolving efforts paving the way for other Caribbean islands. This is just the beginning.”

For more information on the One happy island, visit www.aruba.com. Engage with Aruba via social media at www.facebook.com/ArubaFansUKor @ArubaTourismUK on Twitter.