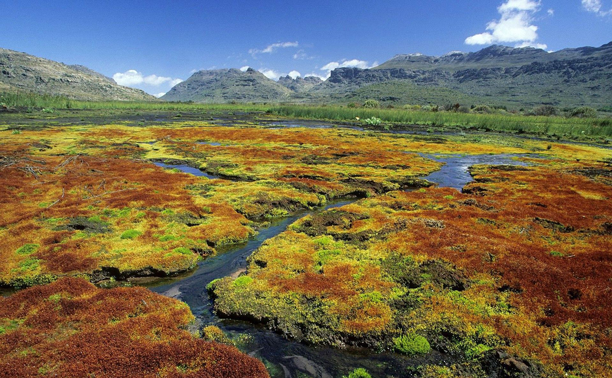 The biggest problem facing wildlife around the world is a lack of space. We humans are taking up so much land for our own activities that it barely seems like anyone even thinks about animals and plants in the wild as something that has a right, as much as we do, to be there.

A big step forward was made in the 1800’s when national parks started to be set up. The first ever three national parks – or areas resembling what is now known as a national park – were ironically set up in the United States, the country which today has the highest extinction rate in the world.

It has become clear though that there is still a problem with nature conservation, as these national parks are just not enough. In most countries around the world, the parks have become isolated pockets of land, separated from the next wild space by vast areas of urban sprawl or agriculture. And unfortunately these pockets are not stopping extinction rates from going up. Bigger animals, often predators, need huge areas of space to roam around. An elephant in Africa would naturally have roamed from country to country according to the changing seasons and its need to find food and water. The average size of a wolf pack’s territory in America is thought to be around 200km². Erecting fences around areas classified as national parks either means animals are hemmed in without enough resources and space; or they go over, under, or through the fence and cause grievances to local communities.

It is very heartening therefore, to see an organisation seriously addressing the shortfalls in the well-meaning national parks approach. The Wildlands Network (formerly known as Wildlands Project) in America are aiming to create corridors for wildlife to travel between all the wild spaces that have been set aside for them. It calls these corridors “MegaLinkages” (only in America…); within each they intend to create core protected areas that are connected by a mosaic of public and private lands, that would allow wildlife to travel undisrupted from one place to the next.

For their idea to work, The Wildlife Network do need the cooperation of all the landowners along where the MegaLinkages are planned to be, and their approach is not to try to force someone to participate but rather to encourage them to take part. Their planned MegaLinkages will cross many areas of private land and they could easily make enemies for themselves if they were to be too forceful and demand cooperation.  This does, unfortunately, leave rather a lot of trust in the hands of individuals who may or may not give two shakes of a wolf’s tail about nature and conservation, but if The Wildlands Network play their cards right then there is no reason they could not get through to most of the people they need to, and explain why the work is so important.

The Wildlands Network do seem to have a real grasp of what is important in nature conservation and are keen promoters of biodiversity. They make it clear too that unusual and uncommon features of a habitat deserve special attention, such as wetlands and riverbanks. Their manifesto is the “Wildlands Network Design”. This involves four key elements: core wild areas; wildlife linkages (areas allowing wide-ranging species to find food or a mate, and travel safely across the land); stewardship lands (areas that surround and buffer the core wild areas); and “getting the job done with the network of partners”.

As a large organisation, it really is inspiring to see The Wildlands Network understanding the needs of wild animals, rather than just trying to fit them in where they can around humans, as most other organisations have done. In an ideal world, animals would have plenty of space where there was no intrusion from humans, but that’s just not possible nowadays. We have to get to a point where humans can live alongside other species without trampling all over them. So to The Wildlands Network we say good luck, and long may the good work continue.