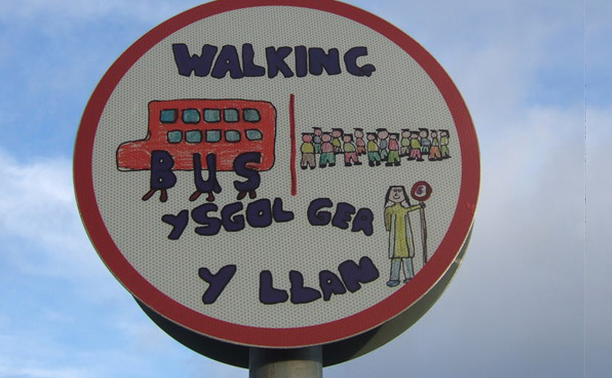 Inspired by Liverpool’s bid for European Capital of Culture for 2008, the Walking Talking Bus evolved as a way of tackling social issues through social means. A pilot project at Blueberry Park in Dovecot involved 240 children walking to school while being entertained by local poets, musicians and historians as guest ‘conductors’. The initiative led to an interactive CD and a road safety book, featuring road safety games, a special song and a selection of 500 stories written by the children while exploring their community on foot. 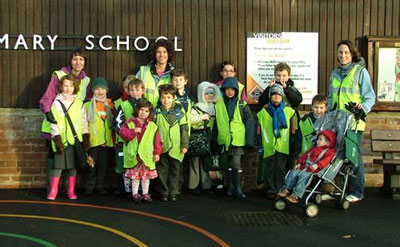 ‘It gives parents time to get to work with less stress and with the knowledge that their children are getting to school safely and healthily’, says project co-ordinator Jacquie McKenzie. ‘The kids love the idea of not being stuck in a car in a traffic jam and having guest conductors. They’ve been writing and talking about road safety. Now they’re walking their talk.’

And it’s not just in the UK. Walking Buses are found in the USA and Canada, Australia, New Zealand and many European countries.

The first walking bus hit the streets in Australia 1992, invented by David Engwicht, and introduced in the United Kingdom in 1998 by Hertfordshire County Council.

Passengers of walking buses say that its aims are to:

Here’s one in Minnesota: