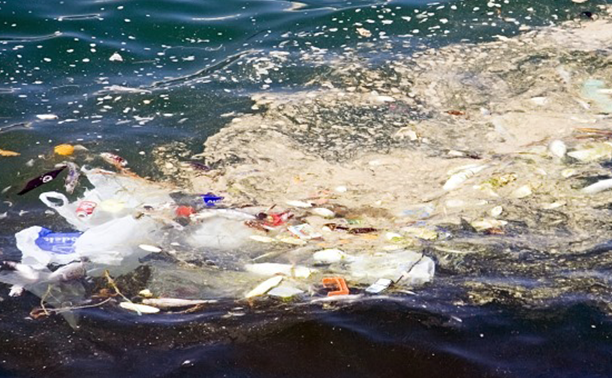 New research has provided the first conclusive evidence that microplastics ingested by marine wildlife can transfer toxic pollutants to their tissues. The researchers studied lugworms fed on PVC particles contaminated with either widespread marine pollutants or plastic additives and found that these ‘earthworms of the sea’ absorbed the chemicals into their gut tissue, which reduced their ability to perform essential functions.

Plastic waste has been recognised as an area of high policy concern as evidenced by the recent Green Paper on a European Strategy on Plastic Waste in the Environment1 and concerns are now being raised regarding the transfer of potentially harmful chemicals from plastics to marine wildlife.

Microplastics, micrometre-sized particles formed by disintegration, can contain two types of chemical: additives from manufacture and pollutants from urban runoff that have attached themselves to the surface of the plastic. Previous research has shown correlations between levels of ingested plastics and concentrations of potentially harmful chemicals in animals, but this study is the first to demonstrate the actual transfer of chemicals from microplastics into gut tissue.

This study investigated the impact on lugworms (Arenicola marina), which maintain coastal biodiversity through digesting sediment and are eaten by wading birds, forming an important part of the food chain. The study focused on PVC (polyvinyl chloride) plastic, which is used in construction, clothing and upholstery and is commonly found in estuary sediment.

The researchers exposed particles of PVC to two widespread marine pollutants: nonylphenol (present in detergents) and phenanthrene (present in urban runoff from cars), at levels similar to those found in the environment. To investigate the impact of additives commonly used in plastic manufacture, a sample of PVC particles were exposed to PBDE-47 (a flame retardant) and triclosan (an anti-microbial agent).

Mixtures of microplastics and sand sediments (at a ratio of 5% microplastic to 95% sand) were then fed to lugworms over a period of ten days. Concentrations of all four chemicals in the gut indicated that both the pollutants and the additives had been transferred into the tissues. Concentrations were between 326% and 3770% greater in the gut tissues than in the contaminated mixtures. The additive PBDE-47 showed the greatest increase in concentration from particles to gut tissue at 3770%.

The researchers also investigated the effects of ingesting the contaminated microplastics on mortality, feeding and immunity of these animals. Results showed that the uptake of nonylphenol reduced the worms’ ability to remove disease-causing bacteria by more than 60%. The uptake of the additive triclosan reduced the ability of lugworms to digest sediments by more than 50% and also increased mortality rates.

This study has provided evidence that ingestion of microplastics transfers pollutants and additives to tissues at concentrations sufficient to disrupt the health of lugworms. This is likely to have implications for biodiversity and ecosystem health as lugworms play an important role in maintaining the structure and functioning of diverse soft-sediment habitats. If marine litter is not strongly reduced or even stopped, with an increase of 33 billion tonnes of plastic produced by 2050, the results raise serious concerns for the future.