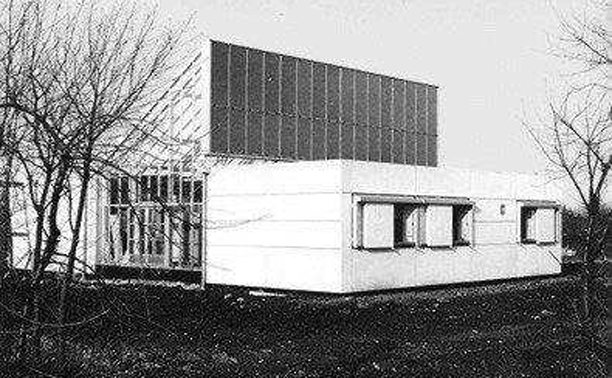 This year’s Passive House Pioneer Award for groundbreaking achievements in the field of energy-efficient construction will go to the Zero-Energy House in Copenhagen, built in the 1970s under the guidance of the late professor Vagn Korsgaard (1921 – 2012). The findings of this project proved decisive for the development of modern energy efficient buildings. Torben Esbensen, an engineer and a driving force behind the project at the Technical University of Denmark, will accept the award at the upcoming International Passive House Conference in Frankfurt, Germany.

“Korsgaard’s and Esbensen’s work demonstrated back in the 1970s that energy-efficient technology really does work. The construction of this building was thus an important basis for later developments in Europe and around the world,” explains Dr. Wolfgang Feist, who, as Founder and Director of the Passive House Institute, will present the Pioneer Award on 20 April. “The Danish zero-energy experiment was one of the very first of its kind and was certainly one of the most systematic. The published project findings were  incorporated into Passive House research right from the start.”

From 1974 on, this building situated on the university campus on the outskirts of Copenhagen was used for simulations and  measurements for the optimisation of building components and building services. Movable thermal insulation in front of windows, a device for the recovery of heat from exhaust air as well as a solar heating system consisting of 42 m² of flat plate collectors and a 30 m³ hot water storage tank were used for this purpose. “On behalf of Professor Vagn Korsgards team back in the 1970s, we are very proud to receive the Pioneer Award for our work with one of the first zero energy houses in the world. During these years there was a tremendous interest from all over the world to visit the house in Copenhagen and hear about it at conferences,” says Esbensen.

The Passive House Pioneer Award will be awarded at the International Passive House Conference for the third time. Previous award-winners include the Rocky Mountain Institute in Colorado, USA, founded by Dr. Amory Lovins, and the Philips Experimental House in Aachen, where a team carried out research under the supervision of Dr. Bernd Steinmüller. “Quite often, those active in this field today are not aware of the significance of the work done by pioneers, and this isn’t only true with regard to energy efficiency,” says Feist. “With this Pioneer Award, we would like to call to mind the important historical milestones and appropriately appreciate their significance.”