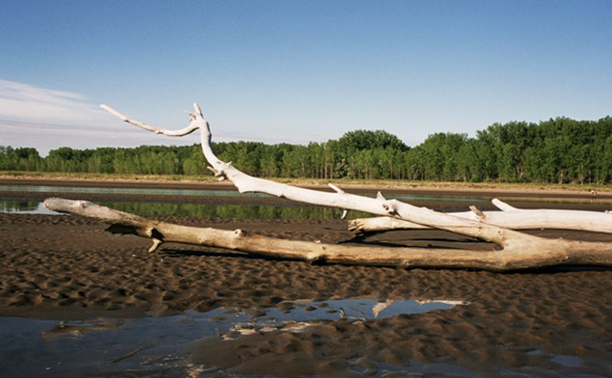 Human water consumption has increased the frequency and intensity of periods of abnormally low flow in streams, new research suggests. The frequency of these events increased by 30% globally, largely due to use of water for irrigation, the researchers conclude.

Between 1960 and 2010, global water consumption has more than doubled and currently stands at 1970 cubic kilometres per year (km3/yr). The greatest portion of this consumption is the result of agricultural irrigation, which has almost doubled over the last 50 years and is now estimated at 1403 km3/yr. Over the same period, industrial water use has tripled, while the rise in population has led to five times higher domestic water consumption. However, despite this widespread increase in water use, to what extent this affects flow in rivers and streams has not been fully investigated.

In this study, researchers developed a global water resources model to analyse how global water consumption affects periods of abnormally low flow in rivers and streams. The model was run for the period between 1960 and 2010 and accounted for seasonal variation in flows, water storage in soils and the influence of reservoirs. Daily climate data of precipitation, evapotranspiration, and temperature from long-term records were used to determine the input of water, and human water consumption rates were based on agricultural, domestic and industrial data.

In western and central Europe, including the UK, Germany, France and the Netherlands, the majority of water use, 70-90%, was accounted for by industrial and domestic uses. However, in southern Europe, including Spain, Greece and Italy, it was driven primarily by irrigation (over 70% of water use).

The intensity of the low-flow periods (i.e. by how much water levels fell) was also affected by human water consumption, increasing by 10-500% globally, varying between different regions and local climates. This intensification was largely attributable to agricultural irrigation.

The authors note that this study does not take into account artificial water transport, such as aqueducts and transfer between basins, and therefore in some regions, such as areas of the US and China, the reduction in stream flow may be overestimated. However, they conclude that, as the population and its food demand increases, managing human demand for water will be a major factor in ensuring resilience to drought intensity in coming decades.