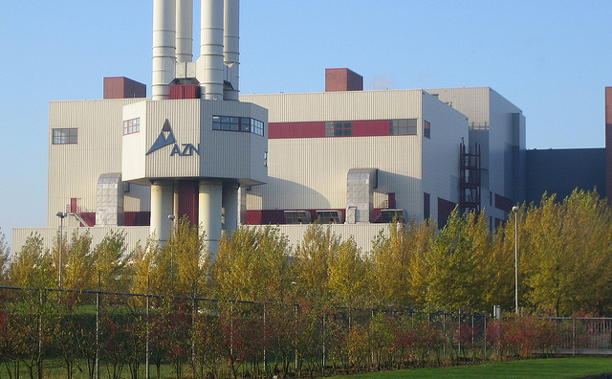 Energy from Waste schemes have had a very poor public image over the years, mainly due to persistant myths and the general public having such a resistant attitude to change. But we all know that the landfills in the UK are nearly full and today’s recycling is far from being the comprehensive answer.

So let’s have a closer look at this business of incinerating waste. Energy from Waste (EfW) facilities burn waste under tightly controlled conditions, to reduce its volume and hazardousness, and to generate electricity and/or heat. A typical small-scale plant of 100,000 tonnes per annum (tpa) would create enough energy to power roughly 10,000 houses. A medium-scale plant would generate around 150 – 250,000 tpa; a large-scale one more than 250,000 tpa. The measures incinerators have to take to control their emissions are extremely strict: the legal limit for dust particles from a coal-fired power station is 160mg per cubic metre, whereas for an incinerator the limit is 10mg per cubic metre. There are control measures for stack emissions, flue gas cleaning equipment, and dust particles are removed by different kinds of filters depending on the type of control system. As gases leave the combustion chamber they are passed through a lime and carbon bath to remove the acidic gases. The cleaning processes for the stack emissions are well established in the UK, and better still overseas where emissions controls are even tighter.

What is left over after the incineration? Taking the UK’s newest plant as an example: Allington Quarry in Kent  burns 1,500 tonnes of waste a day. For every black bag that passes into the system, 85% of the weight will be vapourised and the remaining 15% will be extracted, either as an anaerobic sludge or a dry ash. The sludge is sent to landfill, whereas the ash is either landfilled or used as aggregate for roads. So incineration does not completely remove all waste, but what is left is negligible compared to other methods. Overall it reduces volumes of waste by around 90%.

The most significant weaknesses of EfW are that, firstly, there is minimum materials recovery, except for ferrous materials. Secondly, there can be a minimum or guaranteed tonnage required by the operator to cover costs. This is because the fixed costs are high and so consistent high use is imperative. But this can hardly be considered a major drawback, because if it is to become a fixture in our waste processes then there will always be a constant supply of waste. 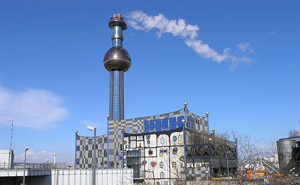 The public still views waste incineration in a very old-fashioned way, but today’s plants are a far cry from being dirty, unpleasant, noisy factories. The Spittelau plant in Vienna in the heart of the city is such a beautiful building that it has become a tourist attraction. Over the last ten years the industry has reduced its emissions by a factor of 10. It is the most proven method of thermal treatment of waste to reduce, sanitise, and recover energy from municipal waste. The energy recovery is not as efficient from such facilities compared to some more advanced thermal treatment processes (something that detractors such as Friends of the Earth have latched on to), however if the heat is also utilised (via a district heating scheme) the process becomes far more efficient in terms of energy recovered.

There are signs that EfW is being adopted into the mainstream: Sainsburys the supermarket has announced plans to recycle all food waste into energy. They will turn approximately 17,000 tonnes of waste each year into biofuel and renewable energy that will generate 8,500 mega watt hours of electricity – enough to power a town of 12,000 houses for a year. It is thought that most supermarkets will be following suit. The Institute of Mechanical Engineers believe the technology could provide a fifth of the nation’s electricity – a report from the institution said it was absolutely crucial for waste to be used for energy if Britain was to meet its committed target of getting 15% of all energy from renewable sources by 2020.

Paul Andrews of the Allington Quarry site in Kent said “It would take 25 years for this facility to produce as much pollution as is emitted by vehicles on the M25 in just three days. Proportionally, fireworks throw up far more in the way of dioxins. So does cooking bacon. The regulations on emissions are incredibly stringent now and, to be honest, we would welcome even tighter rules.” So as the UK and the rest of the world begin the panic/search for ways to deal with an ever-increasing population’s waste, surely this method cannot  be beaten for its efficiency and ability to provide a solution for the coming energy crisis too.