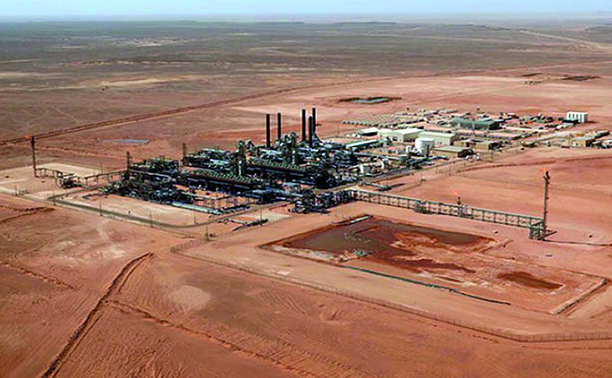 A carbon sequestration facility in Algeria is yielding valuable lessons for researchers looking into how buried carbon dioxide interacts with bedrock.

The new study of CO2 sequestered at the In Salah natural gas extraction site in central Algeria examined why sequestered CO2 appeared to be moving surprisingly quickly through the rock formation. While the CO2 remains in check, the researchers reported that the gas was being injected at high enough pressure to cause new fractures in the rock, which could allow the gas to escape.

All geologic formations have fractures, the researchers said, but the additional pressure from the injected gas could cause new fractures through which the gas could penetrate the denser cap rock and escape back into the atmosphere. The process is similar to the hydraulic fracturing process used to free natural gas from geologic formations.

The scientists at In Salah always expected migration into the cap rock to some degree, but they found the degree of migration surprising. What scientists working on carbon sequestration now need to do, they concluded, is improve their modeling of site geology and regularly update their risk assessments based on how the buried CO2 behaves (Pete Spotts, Christian Science Monitor, May 27).