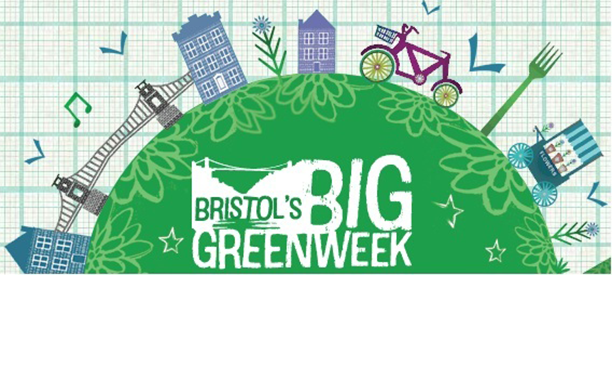 As part of our contribution to Big Green Week, the Schumacher Society is premiering seven of the best new documentaries from around the world. All the screenings will be held at the Arnolfini. Book online here.

Money & Life, 10am
Director Katie Teague exposes the shadow money has cast upon our lives, and asks a powerful question: Can our relationship with money be transformed to serve our highest capacities and values? An amazing range of experts include Bernard Lietaer, Charles Eisenstein, Jean Houston, Vandana Shiva and many more. According to Paul Hawken, “Katie Teague’s documentary is populated by some of the most thoughtful monetary pioneers who explain money’s curse and promise, and point to new economic models that create social justice, economic security, and environmental health.”

Shining Night, 12pm
Director Michael Stillwater has created a stunning visualisation of some of the most beautiful choral music by composer Morten Lauridsen, inspired by the Pacific NorthWest where Lauridsen lives. The sheer beauty of the film matches that of the choral masterpieces featured in the film. Exploring the relationship of art, nature, and spirituality, ‘Shining Night’ reveals the composer through the lens of his love for the natural world – all woven with contributions from composers, conductors, singers, and friends.

Fierce Green Fire, 2.30pm
This is the first big-screen exploration of the environmental movement – grassroots and global activism spanning fifty years, from conservation to climate change including the Sierra Club, Love Canal, Chico Mendes, Greenpeace and the whales, Bill McKibben and 350.org etc. Directed by Mark Kitchell, who made Berkeley in the Sixties, and narrated by Robert Redford, Ashley Judd, Van Jones, Isabel Allende and Meryl Streep.

Bimblebox, 2.30pm
Named for the latest flashpoint in the conflict between coal and ecology in Australia, the Bimblebox Nature Refuge, which lies in the path of what would be one of the earth’s largest coal mines, built to supply coal to China. Local residents decided to resist the project and sought the aid of American film-maker Mike O’Connell, who had earlier made the film Mountaintop Removal, about resistance to coal mining in West Virginia.

A River Changes Course, 12pm
Three young Cambodians struggle to overcome the crushing effects of deforestation, overfishing, and overwhelming debt in this devastatingly beautiful story of a country reeling from the tragedies of war and rushing to keep pace with a rapidly expanding world. In her feature directorial debut, Kalyanee Mam explores the damage rapid development has wrought in her native Cambodia. Her film won this year’s World Documentary Grand Jury Prize at Sundance!

More Than Honey, 2pm
Searching for answers for the global bee declines director Markus Imhoof takes us on a trip around the world to meet people living with and off honeybees: almond growers in California, a Swiss mountain beekeeper, a German neuroscientist investigating bee brains, a pollen dealer in China, and bee researchers in Australia. We enter the fascinating world of a bee hive, encounter fighting queens and dancing workers face to face.

The Moo Man, 4pm
The remarkable story of a maverick farmer and his unruly cows, filmed over four years. In an attempt to save his family farm, Stephen Hook decides to turn his back on the cost cutting dairies and supermarkets, and instead stay small and keep his close relationship with the herd. However his plans to save the farm do not always go down well with his 55 spirited cows. The result is a laugh-out-loud, emotional roller-coaster of a journey – a huge success at Sundance in January. Directed by Andy Heathcote and Heike Bachelier, who will be present for a discussion after the film.