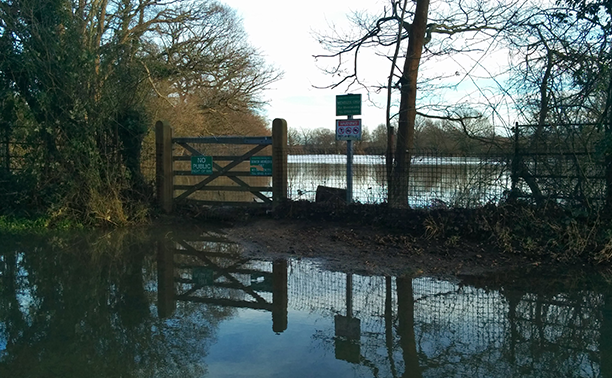 How to protect against river flooding caused by climate change

The socio-economic costs and benefits of adaptation to river flooding caused by climate change have been assessed in a new study. According to the study, adaptation measures could save €53.1 billion every year in flood-related losses across Europe by 2080.

More than 3 million people in Europe were affected by 213 floods that killed around 1126 people and caused damage costing at least €52 billion between 1998 and 2009. Climate change is predicted to lead to more frequent, heavy and extended periods of rain in several parts of Europe, increasing flood risks.

Socio-economic changes in Europe, where rising prosperity is likely to lead to increased development of urban residential areas, including areas susceptible to flooding, will also contribute to a greater number of people and assets affected by flooding in the future.

This study, based on work of the EU-funded projects ClimateCost1 and ENSEMBLES2 and the model LISFLOOD3 investigated the impact that climate change would have on flooding in Europe, the number of people likely to be affected, the damage caused and the costs and benefits of taking measures to reduce the risk of floods in the future. The researchers used the output from a suite of climate change models to assess flood hazards.

Results of the study suggest that, by the 2080s, floods caused by climate change alone could affect 390 000 Europeans each year, up from the 200 000 currently estimated to be affected. If the researchers incorporate the expected decrease in Europe’s population during the latter part of this century the estimate drops slightly to 360 000 per year. The results also indicated that some countries will be more at risk than others, with greater impacts in Austria, Belgium, Finland, France, Ireland, Italy, Luxembourg, the Netherlands and the UK.

If no extra protection measures against flooding are taken, the impact of both climate and socio-economic change could cost EU countries €98 billion a year by the 2080s, up from €6.9 billion a year estimated in 2006. Countries facing the highest costs are France, Italy and the UK. Annual damages will also be high in the Czech Republic, Hungary and Romania, as a result of increasing development spreading into flood-prone areas.

The authors conclude that despite the uncertainties associated with climate change predictions, the study reveals the importance of including both climate and socio-economic change when planning measures to protect against future flooding.